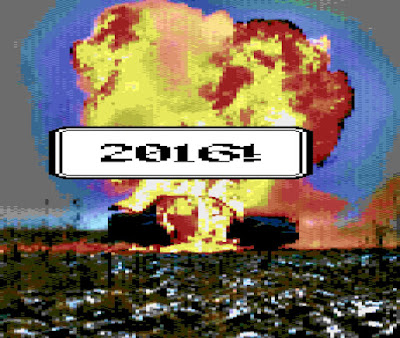 So it’s that time once again, the top 10 chiptune tracks of this year. 2016 was full to the brim of talented chipmusic, showing off both creativity and inovation in the genre. I have spent all of this year reviewing and listening to chiptune, so that made I had a good list of epic music. Unfortunately that made choosing my top 10 extremely hard. So anyway let’s have a look at what I chose…

Tri Angles has stepped up his game in 2016, releasing much more material than the previous year. He also focused on refining his style, heavily utilising the WAV Channel on LSDJ along with his huge Behringer Mixer. ‘Rebel Soul’ is a true testament his work, being a rather funky track, using the tropes Tri Angles had learnt back in 2015. ‘Rebel Soul’ also has some epic atmosphere to it, using long periods of silence as momentum as well as some rather amazing arps throughout. ‘Rebel Soul’ was definitely a Step up from previously and a welcome addition to 2016.

First appearing on the Play it Loud’s Yearly music compilation, (T-T)b’s track, ‘Total Vacation’ was a melodic powerhouse, using the Famitracker software as the energy for their amazing leads. Guitar, Bass & Drums were also used as backing to further boost this amazing track. ‘Total Vacation’ was such a stand out song and ultimately was the first foot steps for (T-T)b in their amazing year.

If you’ve read my article on Chiptunes=Win, you’ll know that HarleyLikesMusic’s song, ‘Pigeon Shit’ didn’t immediately hit me like the majority of these tracks. However it quickly grew on me and became one of my favourites of this year. Although, Harley’s Signature track, ‘Super Duper Double Duper’ had a huge impact at the beginning, I felt ‘Pigeon Shit’ kept the energy going, especially with it’s change into ‘half time speed’ for moshing mode!

Villainest was the first artist to come onto my radar during 2016, with their EP ‘A good day to try hard’. ‘The Machine’ was the most standout track off the album, mainly due to the hardcore style & vocals packed into the song, which was structured over the 32bit Sega Genesis. ‘The Machine was such as powerful song, so much so that it was in rotation for long time in my music.

Just like Pigeon Shit, ‘GON GET GOT’ by ‘An0va’ was another track which took a while to grow on me. However it proved to be an utterly incredible tune, mainly down to its unique focus into the genre, ‘Chicago Footwork’. Embracing this genre along with his Commodore Amiga, An0va created a song which was both very technical & rhythmic. I also loved the use of Homer Simpson in the samples! Doh!

I never got into Pixeltune’s Cheapbeat Album last year, but I was adamant that I’d give his latest release, ‘For A while’, a good listen. What I heard blew me away. This was mainly down to the track, ‘Gemini’ which utilised some epically layered LSDJ work whilst balancing out with some sublime dubstep & EDM. Pixeltune’s ‘Gemini’ is such an extremely unique track, both being harmonious & sharp as a sawtooth.

Jamatar has had a fantastic year, releasing two albums in one year both of which are critically acclaimed. There isn’t a doubt to me then, that one of his tracks would be in my top 10. ‘Lepus Rising’ is the 2nd song from ‘Journeys’ and is a fantastic ride, complete with atmospheric keys, heart pounding leads & so much chill throughout. I feel as if I could fall asleep to this song through the way it’s produced, and wake up on another planet. It’s out of this world.

The only collaborative track on the top 10, ‘æther’ by Skybox & Tobokegao is tremendous song, which features both artists combining their styles with such creativity and clarity. Skybox & Tobokegao’s styles fit so well with another, it’s as if one was a hand and the other a glove. From start to finish, æther is a brilliant track and one that I regularly played when driving.

A new duo from the UK, ‘City guys’ really took me by surprise, mainly down to their fantastic 32bit Sega style, mashing up with the urban lifestyle. ‘Jetski’ was the first track off City Guys’ self titled release and ultimately set the bar for the rest of album. It was almost perfect, from it’s snappy bass lines to the hectic melodies that are heard throughout. ‘Jetski’ is such a good track, that even now after the album’s February release, it’s still in my rotation when I’m listening to my music.

So here we are, no.1 of my top 10. I decided to give this to Please Lose Battle’s, ‘Sunday Chill In Cosmos’. The longest track on this list, ‘Sunday Chill’ is a really sweetly proggy NES song, constantly changing and moving throughout, it’s leads and melodies both smooth & subtle. The drums and bass are the icing on the cake, providing the extra boost of energy to send the song further through the Cosmos. So much thought has gone into ‘Sunday Chill in Cosmos’; it is one amazing track to finish off this list. 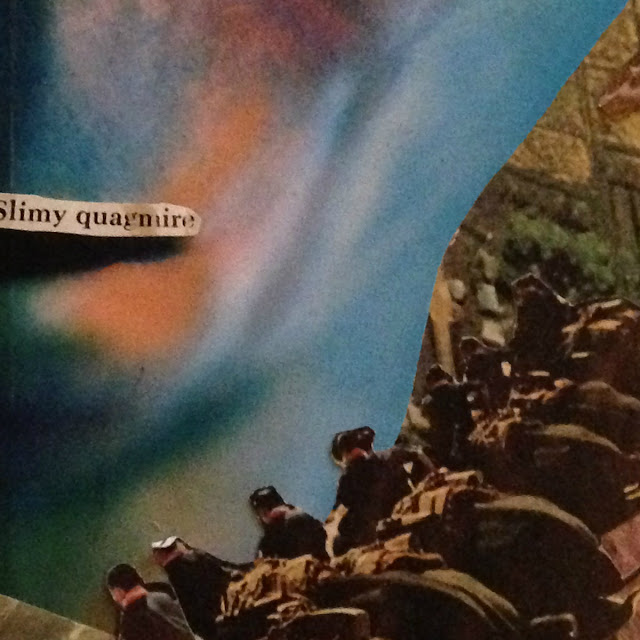 Having released their full length album, ‘Good Talk’ earlier this year, (T-T)b are back with another EP. If you haven’t heard (T-T)b, then check out my other review of ‘Good Talk’. (T-T)b’s newest album, ‘Slimy Quagmire’ is a lot more different than ‘Good Talk’, sounding more like music from the band, ‘Pavement’, with the welcome addition of funny vocals.

You can really hear this in the 2nd Song, ‘Knuckle Head’, a great sweet track. It features some real pulsing bass & guitar, further back up by the bass of their old NES, whilst also supplying bendy leads. The lyrics go on about describing the dad of the singer, Joey, on how he was nick named, ‘Knuckle Head’ and the adventures both of them got up to. ‘Knuckle Head’ is also a track which doesn’t entirely focus on the chiptune & gameboy too much, allowing the guitar more room to for a cool solo.

All these tracks are extremely short but deliver a clear & cool message, whilst acting goofy and funny at the same time. ‘Drained’ is a good example of this.

One other good track which sets itself from the rest is, ‘Better’ and features guest vocalist, ‘Shannon Keelan’ who takes the lead. It’s a nice change of pace and allows the track to be unique with a female singer. The guitar & bass are also more reserved and relaxing, allowing Shannon to be heard more clearly. The lyrics are simple, basically speaking about how the singer is better than you, and even though their ‘cliche’, they’re ‘okay’.

‘Slimy Quagmire’ is a fantastic progression in (T-T)b’s next step if music, with the voclas & lyrics being a big welcome to the style. Even though ‘Good Talk’ allowed (T-T)b to work on their music style of ‘college rock’ & ‘chiptune’, ‘Slimy Quagmire’ allows more of the masses to connect with the band, more so with the incredibly relatable & goofy vocals.

All proceeds of ‘Slimy Quagmire’ go to American Civil Liberties Union for the month of December, so be a good person and buy the album! 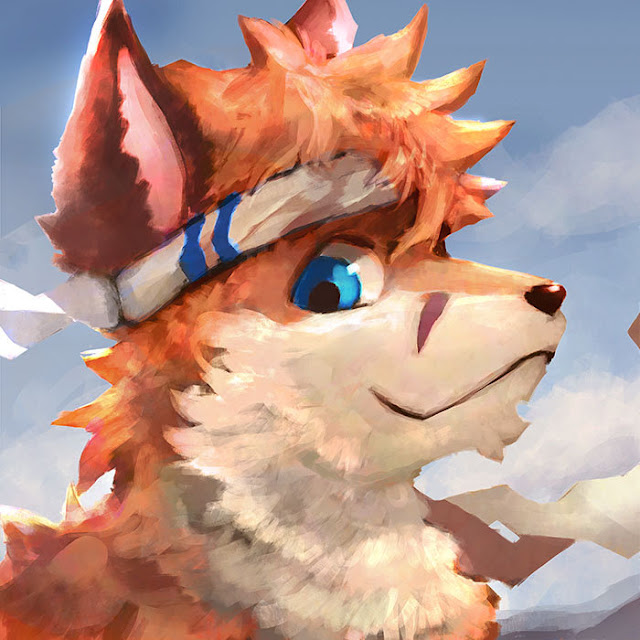 Not a soundcloud song this time, but something bandcamp, I found this awesome track whilst digging through finding new chipmusic. Tenkitsune is an artist associated with both chiptune & hyperpop, showing huge promise in style & energy.

This can be especially seen in this week’s T2L2, ‘Windmill Island’ (Side B mix), which brings together a wide variety of different styles, from chiptune to dubstep, hyperpop & EDM. I love the mash up of this mix, especially with it being a side B version. Tenkitsune seems to really manage getting the pop in the squarewaves of chip, whilst the dubstep is handled expertly and not being overly assertive, unlike most dubstep. 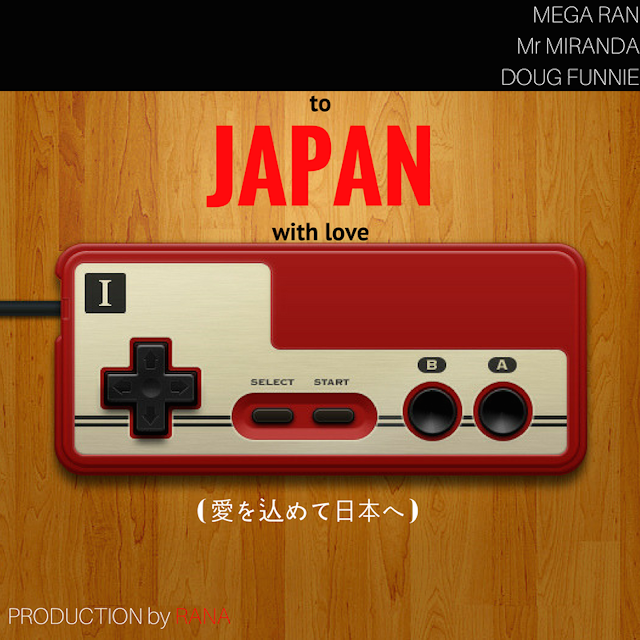 Instead of doing a full review, I was given the privilege to review Mega Ran & friends latest tune to his EP, ‘To Japan With Love’, released via We Are The Future! Records

The whole EP was written about Mega Ran, Doug Funnie & Mr Miranda journey as they tour across the whole of Japan. Tokyo Hands focuses primarily on their escapades, with Doug & Mr Miranda Rapping about how it’s their first time in the far eastern country, compared to Ran’s third time. Tokyo Hands also justifies just how splendid Japan really, pointing some of the cites in places such as, Shibuya & Tokyo and fantastic locations like Studio Ghibli, whilst indirectly comparing the memories to back home in USA.

Tokyo Hands ultimately serves as a great postcard track, declaring how great Japan is, and why I should be going right now! Tokyo Hands is free to download & listen to from Soundcloud.
Preorders To Japan With Love have already started on itunes & its release date is 16th December:
Check it out here: https://itunes.apple.com/album/aiwo-rumete-ri-benhe-ep/id1174274913
~ Mega Ran ~
twitter | Facebook | Soundcloud | Bandcamp

Disclaimer: I help out We Are The Future Records & was asked to do a remix for this EP. This entire review however was based on my own opinion.