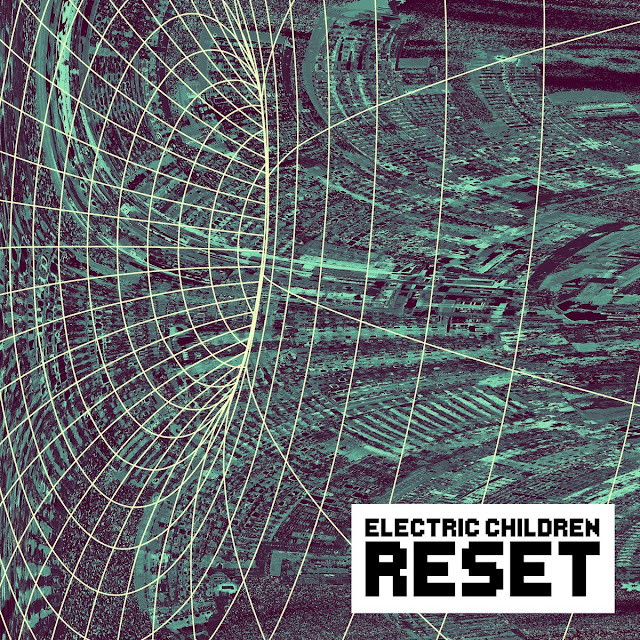 Electric Children is one of those chip musicians who’s been hiding away from my radar for a while. Thankfully I managed to catch their music with the latest release, ‘Reset’.

Electric Children is based in Seattle, Washington and has been creating chipmusic since 2010, holding a big collection of 7 releases. His style mainly comprises with a mixture of EDM, Dance, electro & disco, but also delves into other genres such as, House.

His latest release, Reset dabbles between the genres of Dance, Electro-House & Techno, bringing with it a raw & dirty sound to dance genre. A good testament to Reset’s sound, can be found on the 2nd track, ‘Training Stage’. The song starts off with a fantastic dirty & rhythmic introduction via the wav channel, before diverging in a drop and entering a fantastic hook. Here, we can hear some great usage of it’s leads; chiming through the use of left & right speakers. As well as that, the bass is also brilliant, working behind the scenes and adding an edgy sharpness to the mix. These elements continue to work throughout the track, especially with the bass in wav channel, metamorphosing into rhythmic glitches. ‘Training Stage’, is an amazing track, a song which pounds the sound.

The majority of ‘Reset’s’ track keep the energy of Techno going. The track ‘Max Revive (Feat. Fighter X)’ is another good example, primarily down to it’s catchy leads, which are both melodic and incredibly well designed. This corresponds in both the pulse & wav channels, switching around constantly, whilst upping the level of progression & creativity throughout. The bass should not be forgotten either, especially during the beginning, as it’s one of the vital instruments that kicks off the track.

Electric Children’s Reset is a fine collection of great dancey techno tracks, that can even rival one of the masters of chiptune himself, Trey Frey. Check out the rest of the tracks below. 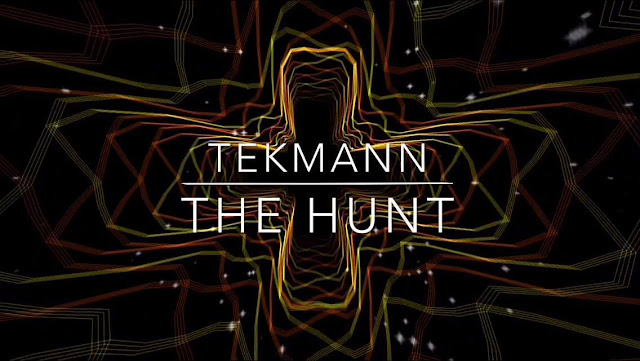 I took a hiatus last week, but I’m back with another track, this time from unknown virtuoso, Tekmann and his song, ‘The Hunt’.

In terms of chiptune music, Tekmann’s style is rather quite unique, especially when compared to other chipmusic. It conveys the best we known in the genre, but at the same time it lends itself to Dance, Edm & House. All of this can be seen perfectly in ‘The Hunt’, a track which is layered in sinister, choppy, punchy bass & progressive house. If you dug Tekmann’s track, check out the rest of his music on soundcloud & his bandcamp. 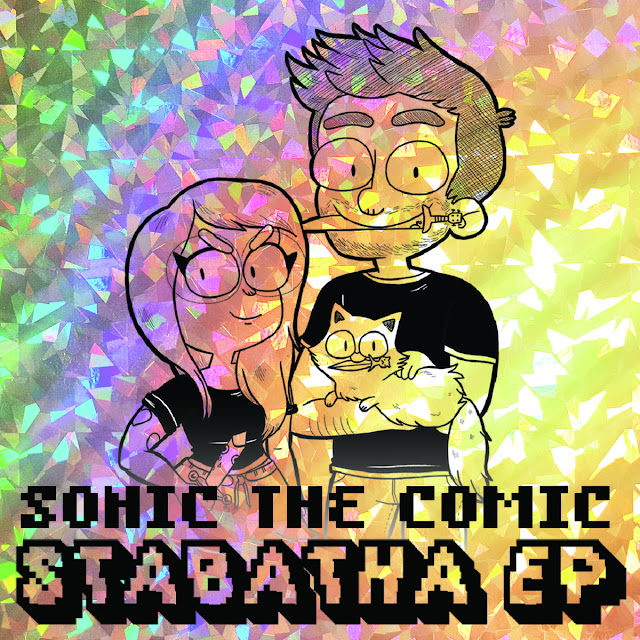 I’ve been sitting on ‘Sonic The Comic’s’ ‘Stabatha’ for a while, but mainly because I’ve spent too much time idolising the physical cassette I bought. Seriously, this is probably one of the best pieces of merch I’ve ever bought. Don’t think so? Have a look below!

Such Lush! Anyway, ‘Sonic The Comic’ are a videogame influenced, fuzzpop band, from Birmingham, UK. The band is comprised of two people, Sarah Graley & Stef Purenins and play music inspired by the likes of ‘Johnny Foreigner’, ‘Los Campesinos’ & ‘Anamanaguchi’.

You’ll immediately notice these influences, especially ‘Johnny Foreigner’, in the first track, ‘Synchronise’. This is down to the mismatched vocals which brush off against each other very harshly, but work amazingly well, both with music & lyrics. You’ll also find yourself singing along to vocals through almost each listen (as I did). This probably down to the ‘shouty style’ of the vocals. It also helps that lyrics are incredibly catchy.

Sonic The Comic keeps up the same consistent energy, especially with the 2nd signature album track, ‘Stabatha’. This cool track, is based upon playthroughs on Dragon Age, and how basically, ‘they’ve gotten better at slaying dragons.’ The track name, ‘Stabatha’, is also named off a custom sword that one of the members made in ‘Dragon Age’. Although the track feels majorly more Fuzz-pop, square-waves are used to harmonise with the guitar & bass.

I must admit the vocals were first uneasy for me due to the coarseness, but after getting over that, I realised that they actually help the catchy happy lyrics comes through, and allow you perhaps hum or even sing along. Sonic The Comic have been going on since 2011, so if you dug the tracks here, check out their previous music on their bandcamp. 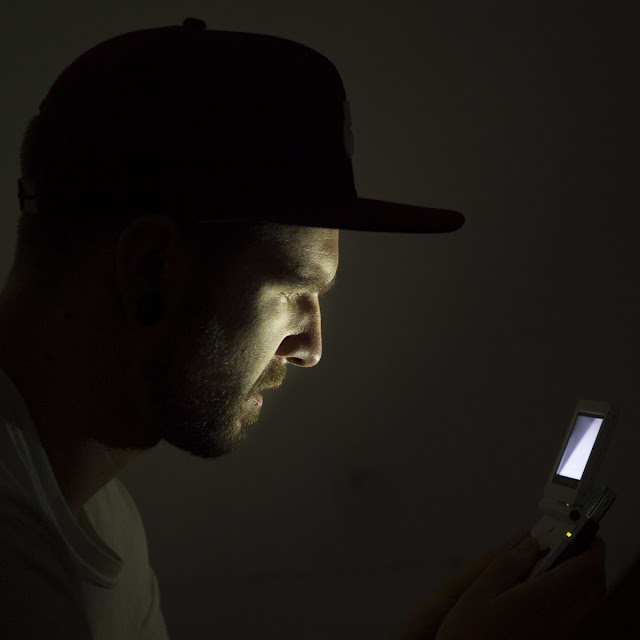 It’s been just over a year since HarleyLikesMusic had released his critically acclaimed album, ‘Game Changer’ on Cheap Beats and now it’s time for his latest release, ‘1.5’. Harley has had an active time this past year, going around the world to play live (even headlining ‘Chip Bit Day’), whilst learning the unfortunate problem of LSDJ crashing. With that going on however, he’s thought up a whole load of new unique ways in sound design.

‘1.5’ is heavily based on all hardcore jungle, techno & dnb, whilst keeping the lofi & 8-bit sound of LSDJ alive & well. This is especially evident in 1.5’s signature track, ‘Super Duper Double Duper’, beginning with it’s title sample, of Cheapshot’s daughter saying, ‘super dooper double dooper’. The track then builds itself up through amen toms before going into an absolute explosive belter of a riff, sending the energy of the song flying. ‘SDDD’ also relies on jungle style of dnb, its main hook, the ‘hoover style synth’ a good example of this. It’s a real killer, proving itself especially well in live shows, getting the crowd into a frenzy.

A lot of these tracks are quite heavy, more so than Harley’s previous album, however the one that truly exceeds all of them, even ‘Anchor to Reality’ is…’When Will We Learn’. It begins with its frenzied, bouncy intro, taking inspiration from the hardcore genres, Breakcore & Thrashcrore. The amount of shrilly, harsh & dirty riffs that go into the track and for LSDJ to do all of this, is simply astounding. ‘When Will We Learn’ redefines the emphasis of one huge banger!

Whilst a couple of tracks aren’t accessible as they once were on ‘Game Changer’, Harley has once again evolved is genre into something incredibly raw & hardcore. If you fancy checking out my review for ‘Game Changer’, [click here]