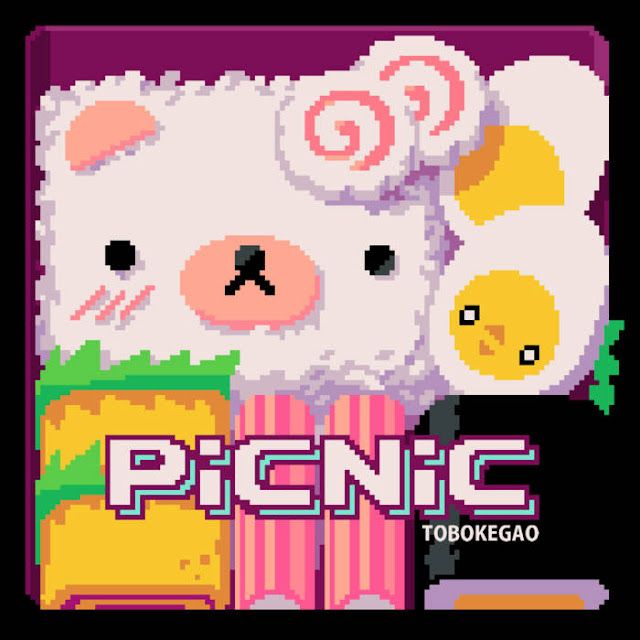 ‘Tobokegao’ maybe quiet but is a hugely active person when comes down to the chiptune community, supporting everybody’s content, from facebook to bandcamp. Which is why when his latest album, ‘Picnic’ came out I didn’t hesitate to buy it & support him. Hailing from all the way in ‘Tokyo, Japan’, Tobokegao creates his music with a happy jazzy twist, closely sounding like the soundtracks that we love from ‘Nintendo’ such as, ‘Super Mario’.

Another fantastic pick to listen is the final track called, ‘Why?’ and is a nice cute yet solemn tune that signals the end of the album. Instead of having a key riff to fall back like in the 2nd track, ‘Birthday Party’, it relies heavily on it’s lead, playing through a mix of cool jazzy & bluesy progressions. I especially liked the little pitch bends in the pulse channel through the lead, as it really makes the sound feel almost like a saxophone (or horned instrument). That’s something you rarely ever hear in Chiptune, but furthmore ‘Why?’ also shows off Tobokegao’s technical skills in LSDJ.

Picnic is a nice progression on from Tobokegao’s prior album and is fantastic album that pays homage to blues & jazz. If you, like me, Love your PROTODOME music, then this album is definitely for you. How could not post this remix! Boy without batteries is one of my favourite artists at this moment, and just hearing this fantastic, chaotic & hyper poppy remix of ‘Teenage‘ by ‘Cosmicosmo’.

This mixture between Edm & pop whilst including some crazy samples is just mind blowing, especially the introduction which is filled out with Pikachu! If you loved this track, you can download it for free right here! Also check out the rest of Boy Without Batteries album, young & read my previous review here! 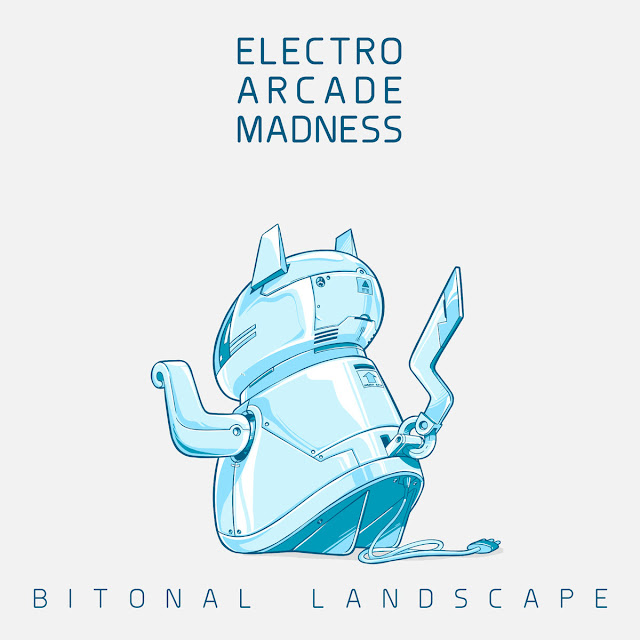 This week’s review is on new comers, ‘Bitonal Landscape’ and their latest album, ‘Electro Arcade Madness’. BL is made up of two brothers, Ludwig & Markus Highland, both creating music around the genres of VGM, Chiptune & EDM. Not much else to say, other than my thoughts on the album, and suffice to say, Electro Arcade Madness exceeded my expectations exponentially. Whilst I’d heard a little from their submissions to Soundcloud group, I couldn’t form an overall opinion. But that’s the beauty of music; some of the best music you’ve ever heard will sneak up on you!

As soon as you begin to listen to the opening track of the album, ‘The Last Contact’ you immediately get a real feel the Bitonal Landscape’s style of music. It’s like a mixture between Shirobon & Ultrasyd and sprinkle of Justice, but still wrapped within their own distinct style, featuring soothing organ keys whilst using the tinny 8 bit style. The drum and bass also comes out clear, albeit a bit less on the fills than most dnb composers.

Blitz is the next song which comes straight after The Last Contact, and further increases the funk & hype of the album. It gradually opens with a funky swing through a combination the drums, bass & keys, giving a nice mixture of disco & edm. The staple kick & snare from the gameboy is also used, linking further to it’s 8bit nature. Blitz perhaps pricked my ears the most, as it’s glitchiness, punchy keys & funky nature really puts the swing on chiptune as a whole. I really reminds of what Ultrasyd has been doing with his latest work, the perfect example being simply put, 🙂

The final pick can only be the forth (and incidentally, last) track, Insert Coin, which is a lot lighter in its swing & beat, coming off more melodic & calm in how the the drums, keys & lead are conveyed throughout. It’s a nice track to end on, setting itself further a part from the rest of list. However Insert Coin also contains some of the best lead solos off the album, specifically at 2.40 which contains the slickest arpeggiated solo I’ve ever heard!

To reiterate, Bitonal Landscape have succeeded my expectations. Being a new group, this an inspiring thing to see in the chiptune scene, as generally most artists grow from their first album. I’m looking forward to see more stuff from the duo in the future, and what they may do next! 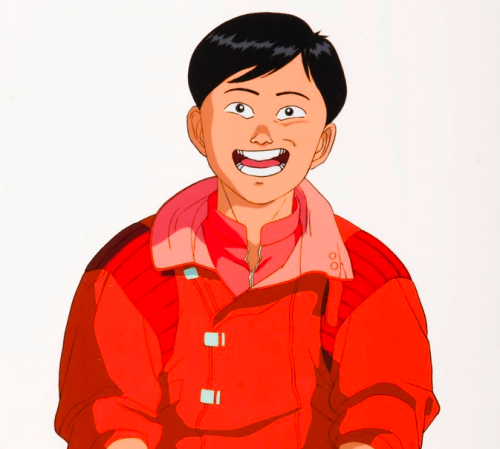 After Chip Bit Day & the writing of a Chipwin article, I decided to postpone last week’s ‘Tune to Listen to’ and instead pick up with today. This week is on the track, ‘Advance’ by ‘Roex’ which serves as a mash up between Progressive House & Synthwave.

Advance is a lot different from most synthwave music by not allowing the tropes of the genre to undermine its strength. There are some real utter brilliant moments through out this track such as the early breakdown at ‘1.20’ using the rhythmic synth push forward, until the synth blasts through.
~ Roex ~