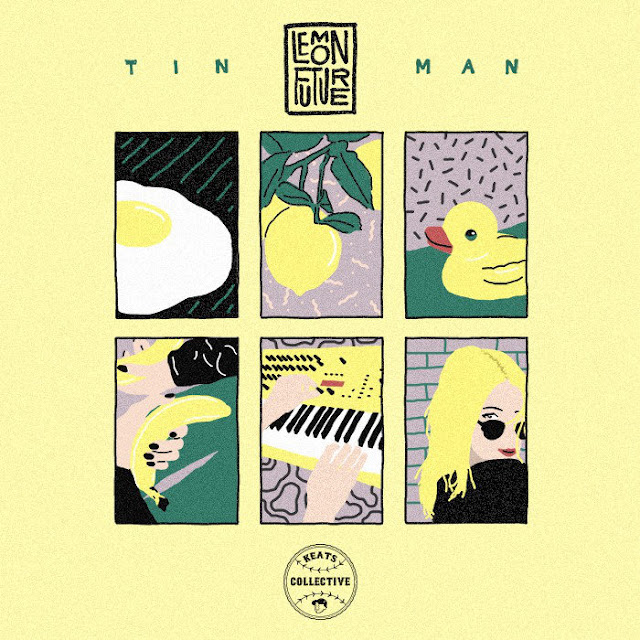 This weeks tune, is one I’ve been listening to for a long time and it’s Mettle from the album Tin Man, by Lemon Future.

I’ve wanted to review this for ages, but sadly I never got round to listening to it properly. Mettle however is always a track that I find myself coming back to constantly, and I’m dead sure it’ll be on this years summer playlist (for me anyway).

The slow, funky, chillwave vibes are enough to make you nod your head, but the wet, droney lead is pretty much the icing on the cake. If you loved this tune, then listen to the rest of the album, for more relaxing yet funky treats! 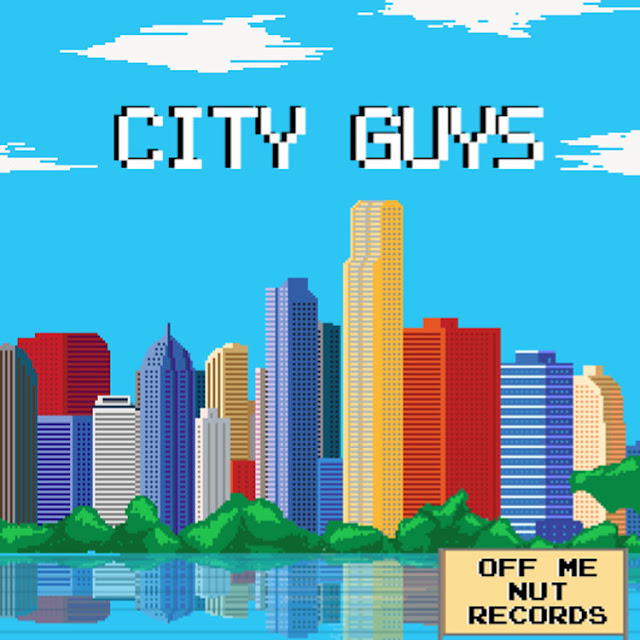 Unfortunately there wasn’t a featured song this week on Wednesday, due to so much stuff going on. However, this won’t be happening with the album review, as there always seems to be some sweet chiptune every week.

This weeks review is looking at the self titled debut album from City Guys, released by ‘Off Me Nut’ records, a label based in Sheffield. Before discovering ‘OMN’, I only knew about the northwestern chiptune scene in Liverpool & Manchester. However after listening to some of their catalogue (with city guys being the ‘117th’ release), it really showed me how many hidden gems in the underground music scene there are.
The same goes for City Guys, who have released such a stellar album and creating the music around the sound of Sega Megadrive.

You can really hear the iconic sound in the opening track, ‘Jetski’, through its punchy rhythm of melodic hooks. There are several different things that you’ll love, from the dreamy arp that’s featured during the beginning & middle, to the fast and energetic leads that’ll put you into overdrive.

Whilst City guys rely on the iconic sound of the Sega Mega Drive, it also feels as if they were heavily inspired by certain management games such as Sim City & Theme Hospital. This & the fact that the majority of the titles are derived from the city.

The inspiration from these titles becomes even more apparent in the 3rd track, ‘Back Streets’ which uses a lot of jazzy hooks, under a seriously funky groove. Just listening to Back Streets right now makes want to get into making music on the Mega Drive!
Even though overall theme feels like the vibes of city life, City Guys really take each track and make it into something extremely unique, and that’s saying something for a 14 track album! This definitely shows on the final track, ‘Crime Fighter’, which comes in with one heavy, distorted drive. It doesn’t stop there either, with Crime Fighter ending on a brilliant solo lead!
City Guys really manage to knock the ball out of the park with this self titled album, and really show what the sound of the sega megadrive, instead of sticking with the tried & tested gameboy. If you’re fan of either JREDD, or Circuit Bird, you’ll definitely love City Guys! 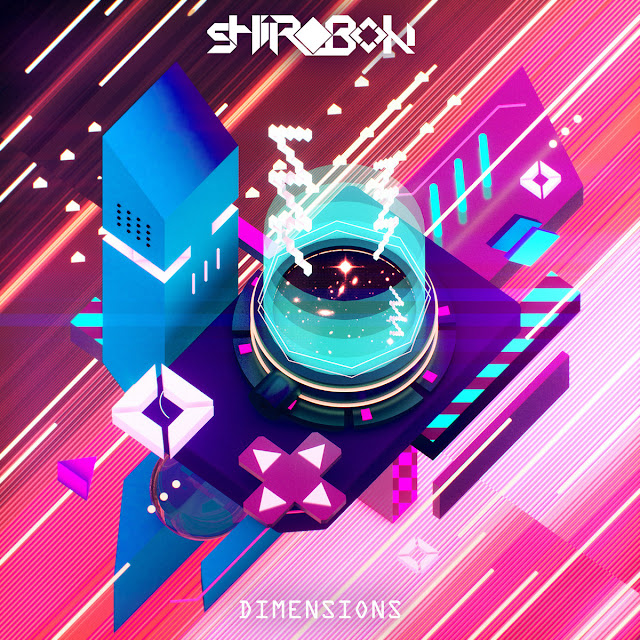 It’s been under a year since Shirobon released his last album, Infinities to much praise, so the amount of hype following his latest release, Dimensions would be huge.

If you don’t know, Shirobon is one of the biggest chiptune artists at the moment, with a huge fan base behind him. He has a huge repertoire of great music under his belt, and this year he was on the bill to play ‘Magfest’, one of the world’s biggest chiptune festivals.

‘Dimensions’ is Shirobon’s 8th release and is a lot different than his previous music, focusing more on the genres of eurobeat & progressive electronic music such as, vaporwave. For the whole album, Shirobon used LSDJ for the backbone of every track, adding layers of beats & audio styles over the top.

Dimensions kicks off to a great start, with the opening track, ‘Fox’ setting up the album & a new take on Shirobon’s style. In comparison to his previous material the style of fox feels more wet & echoey, with the use of wah in its rhythm & leads, as well as reverb serving as atmosphere of the track. Fox also feels more progressive in the way moves, with more focus on cyberpunk & the atmosphere underneath.

Although Fox focuses more its leads, it’s the track ‘Crystals’ that focuses on the rhythm. This track seems to go more towards the way of vaporwave & progressive house, as the structure of ‘Crystals’ changes ever so subtly with elements of chillwave added into the mix. I also feel Crystals is one of the tracks which makes the most use of LSDJ, especially at just over a minute into the song you can really hear triangular waves done by the software.

The majority of songs in Dimensions has themes that are both beautiful & relaxing to listen to, however its final track, ‘On the run’ is filled with high octane energy, mainly from chaotic hooks & thumping beats. It serves as a fantastic ending to finish off Dimensions, with the energy from the song feeling as if you’re at your own personal rave.

As usual Shirobon exceeds peoples expectations making a killer album & delving into other genres, such as Vaporwave & Chillwave with the former genre a welcome addition to chiptune. I’m interested to see if Shirobon continues on with vaporwave, as since chatting with him on gamefaceshow last week, he’s already onto creating another album!

PICK TRACK:
Crystals & On the run

If you haven’t heard we’ve also got a chiptune event coming up!

The Manchester-based event is called ‘CHIP BIT DAY’ and is being held on April 23rd, at the Kings Arms, Salford, with a variety of different acts, visuals & cake! Sounds good? Brilliant! However to make this event even more awesome, I’ve set up a ‘indiegogo’ page in order to bring in more money for potential artists!

If think ‘Chip Bit Day’ is your thing, then you can obtain a ticket right now by pledging, just click the link down below & I hope to see you on the 23rd!
https://www.indiegogo.com/projects/chip-bit-day-a-day-celebrating-chiptune 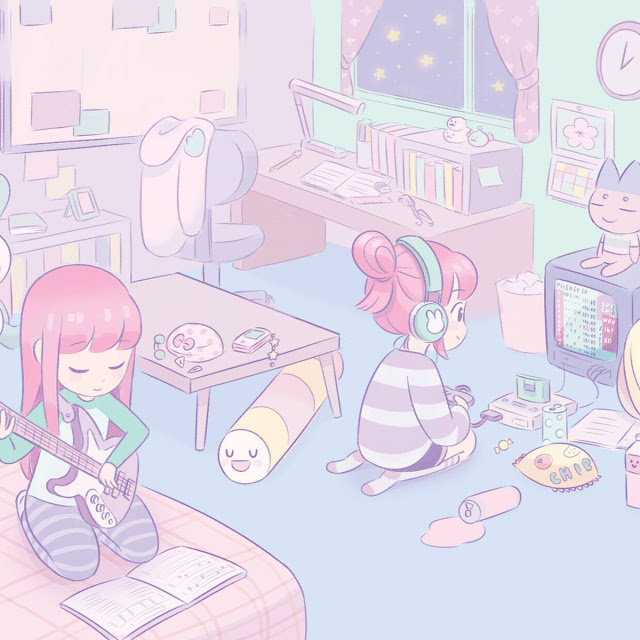 I’ve yet to properly sit down & give Astroskeleton a good listen, but after hearing this wonderfully put together song, I feel like slapping myself.

Forest Sanctuary is a one off song, from the ‘Let’s do our best’ compilation, and released by cool as fuck label, Play it Loud. The relaxing vibes going through, made by the electronic keys & atmospheric sound, only to be cut short by the bright & janglely sound of the guitars. Such an odd sound but funnily goes well together with the themes of wilderness & forest. Listen to the rest of the compilation here.