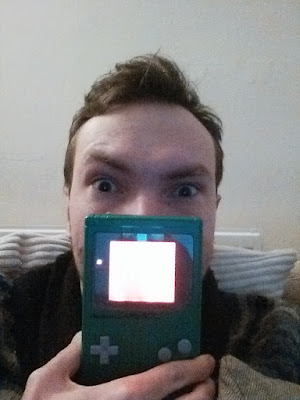 My game boy has finally arrived and it’s so fucking awesome! I’m looking forward to practice on this bad boy with my LSDJ cartridge, but before I go any further I’ve got to get my shit together further with the software. Watch this space, you’ll see some cool things in the future.

Anyway, this is going to be a short post as I’ve some big things coming up soon this sunday. You’ll find out in the next post. 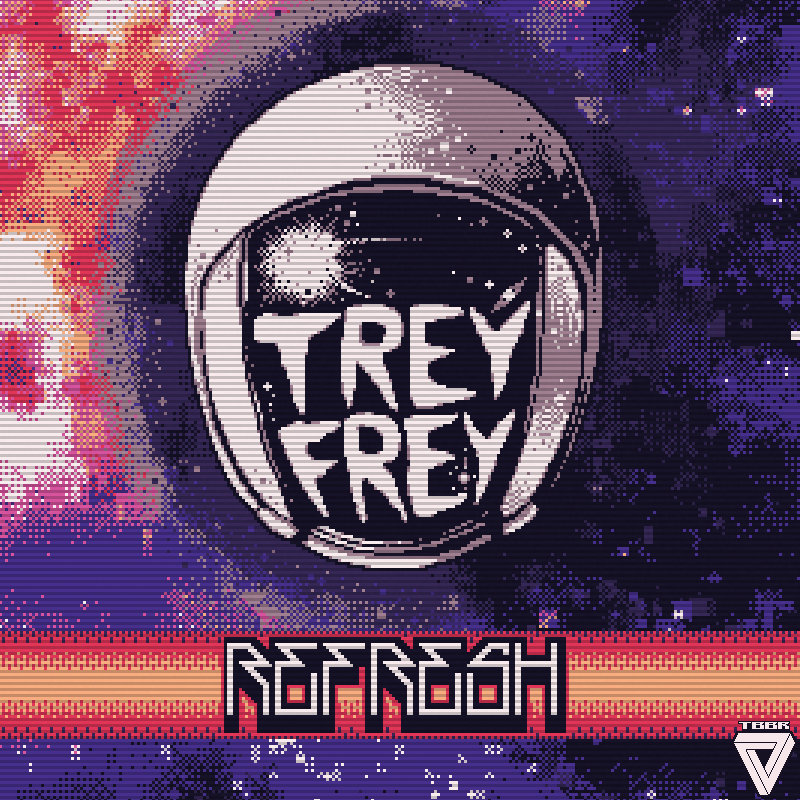 Trey Frey has been going on a while. He was in Superbyte last year, and unfortunately I was unable to see him. So when I was recommended him via a friend as an artist similar to Sabrepulse. I decided to buy his second album, Refresh and was immediately greeted to great dancy vibes using nothing but LSDJ.

You’ll find yourself dancing to the first song, Airglow, starting off dry and filtered, but then kicking hard with the bass.

This is repeated through the the album, keeping up the grooves going on, with such great songs as, Daisy, Further (which kicks the pace up twice as hard). Others such as Blvk (featuring Boaconstructor) using elements of dance and dubstep (cos in chiptune those go extremely well).

After listening to Refresh, I was more than certain that his next album, Tres Frais, which comes as a über cool 8inch floppy disk cover. I’m so looking forward to that!!! 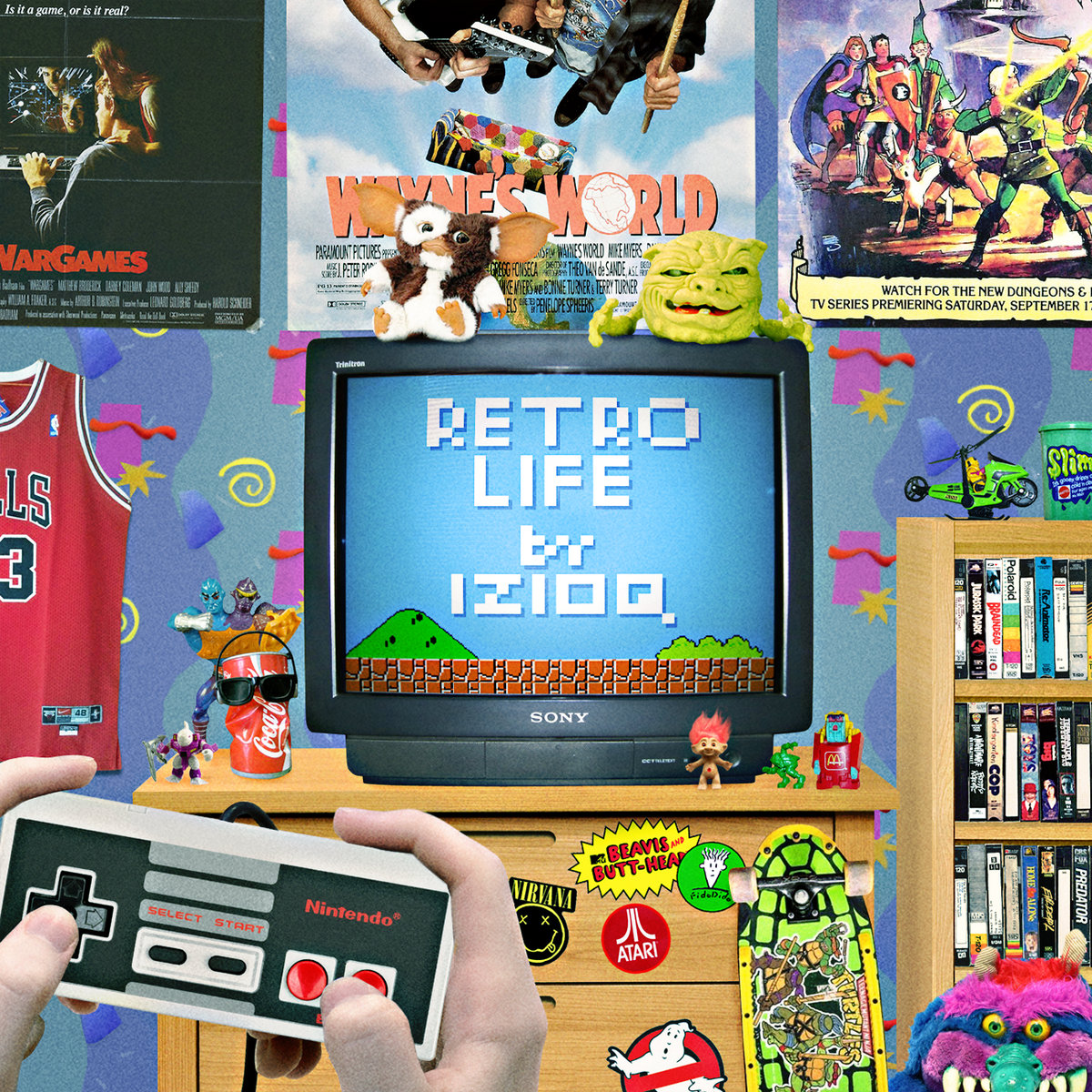 There’s not much to say about Izioq except he is a person of the 80s. Izioq is proud of the decade he was born into, dedicating much of his chiptune music to the kids of the 80s & 90s. He’s also proud to say that he solely uses consoles to produce his music, not using any modern software (such as, VST’s, Synth or even any Equalisers).

I found his music through a nice message he sent via facebook, in which I was given a link to his breakout album, Retro Life. I soon as I began listening, you can instantly tell that Izioq took the time, in terms of production and mastering, with the quality crystal clear. If you’ve had experience doing this, you’ll know it’s a damn hard process to do.
There are many songs in this album (a whopping 18) and I can’t talk about them all, so I’m going to list my favourite ones.
The album immediately kicks in with the fantastic, Blow into the cartridge, a great bouncy track with melodic leads that’ll get you humming. Even though I heard of songs like this before, every sounds and fits perfect.
The next song which I loved, was Mogwai Life due the shout, “LET’S GO!”, which incidentally sampled from Lemmings (one of my favourite old school games) and it’s bouncy bass.
Enter your name: AAA is another classic with some cool ass filtered leads and the stand out lead bass. There was so much to love about this song, this is probably one of my favourites.

I also loved the song after, Pizza + VHS + Friends as it’s a nice breakdown in the album and reminded me so much of the years I left at uni.

My Princess is in another Castle is another slow song, but works so well as one, invoking all of Mario’s woes (that damn Peach).
To round it off the album, the final song, Melt the Wizard is a great send off to tie off everything, from the throwback to the 80s and 90s, with it’s lovely arpeggios running up and down the song throughout.
Retro Life was a great listen, bringing me back to some parts of the 80s & 90s. The Lemmings sample, blowing into the cartridge, The wet bandit, and many more. The only problem I had was perhaps it was too long and probably the best songs should’ve been picked and used (perhaps keep the others for a special edition for physical release). But forgetting that a solid piece music and one to buy if you reminisce about the former decades.
Rest of the album is below:
I bought a cool ass game boy this week and it is awesome! I decided I wanted to include some classic DMG in my songs, and have it as a lead. So as soon as I saw it, I snapped it up! 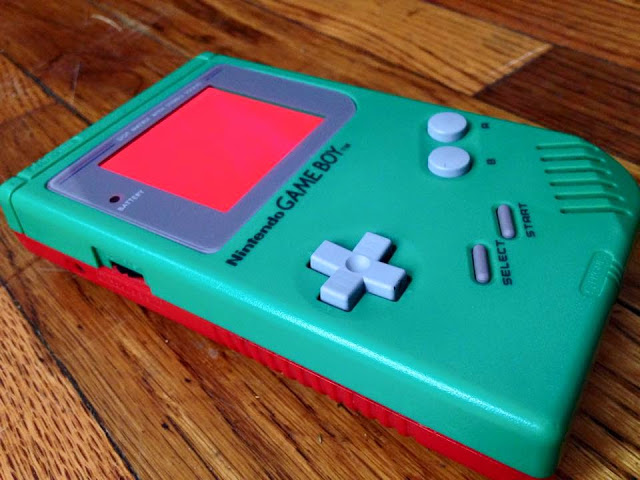 So for a while now I’ve been listening to a bit of J-pop. Not the most conventional stuff, but other music that has been inspired by it. One of the best artists I’ve come across that does this is, Timid Soul, someone who experiments largely with J-pop, but brings chiptune, as well as funk, trap, samples and glo-fi to the mix. 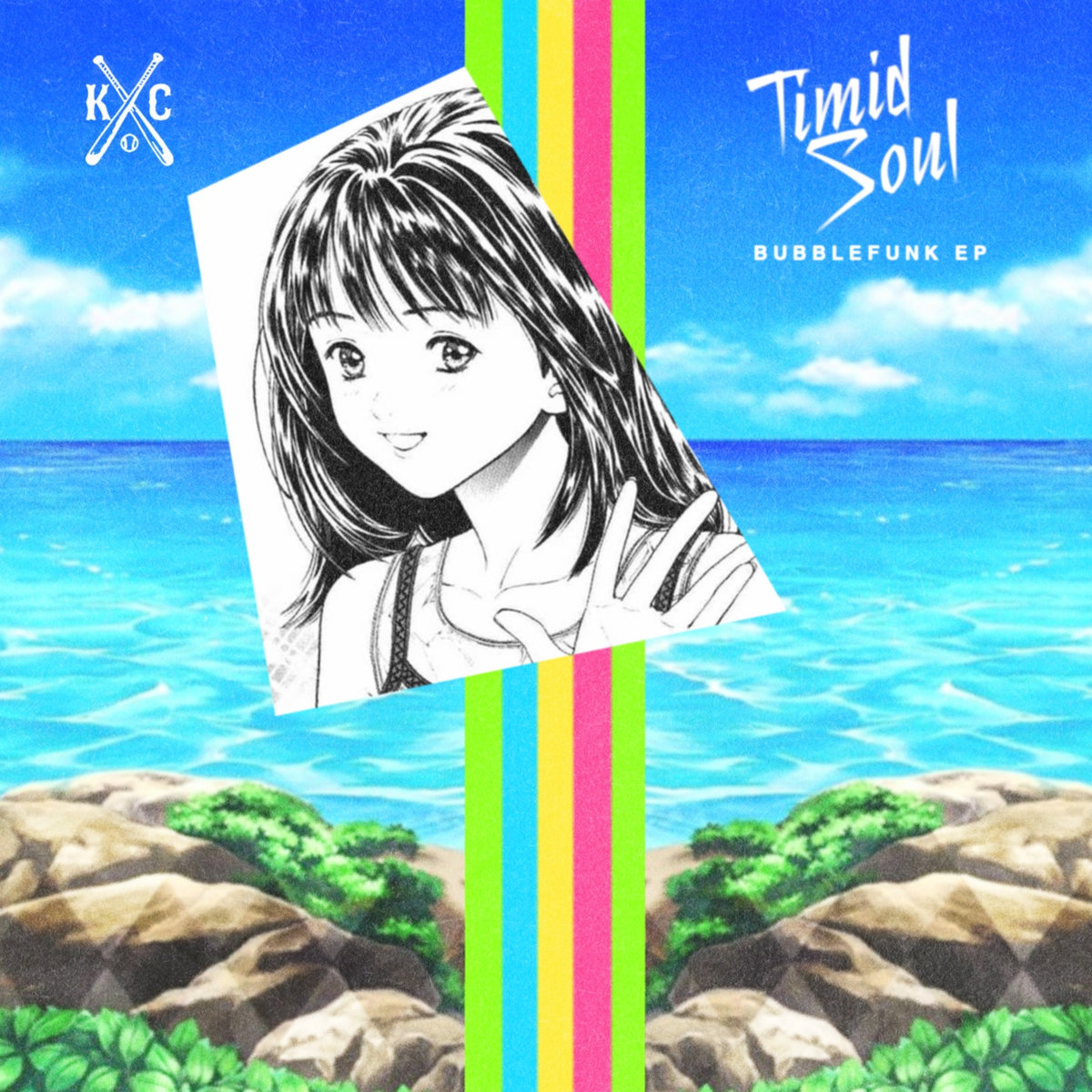 I’ve been listening to his latest EP, Bubble Funk (released via Keats Collective) for a while, and although its not what I usually blog on here, I thoroughly enjoyed listening to it. First thing off the bat, you can tell this is very experimental with one song, Melodie being solely chiptune (as well as a reprise at the end). It’s quite weird, as it doesn’t go with the style of the rest of the songs and it feels that Timid Soul wanted to try a new direction. However that being said, it also added to the uniqueness of what I’d call, a Tip Top EP! Every song has it’s own cool vibes, with some songs (Melodie – reprise & In My Heart Forever) having some very cool vaporwave going on.

Out of the whole EP, it was extremely hard to choose my favourite song. There’s just so many to choose from, with Bubble Funk & Yankee Rose being huge contenders. However I would have to say the best stand out track was Sunset Kiss Infinity.

Listen to this song before as you’ll understand where I’m coming from when I say this. In my honest opinion, Timid Soul has managed to fuse part of Michael Jackson’s soul whilst calling out on the vibes of J-pop & Rnb to create this magnificent song.

Now that’s definitely saying something for this Song.