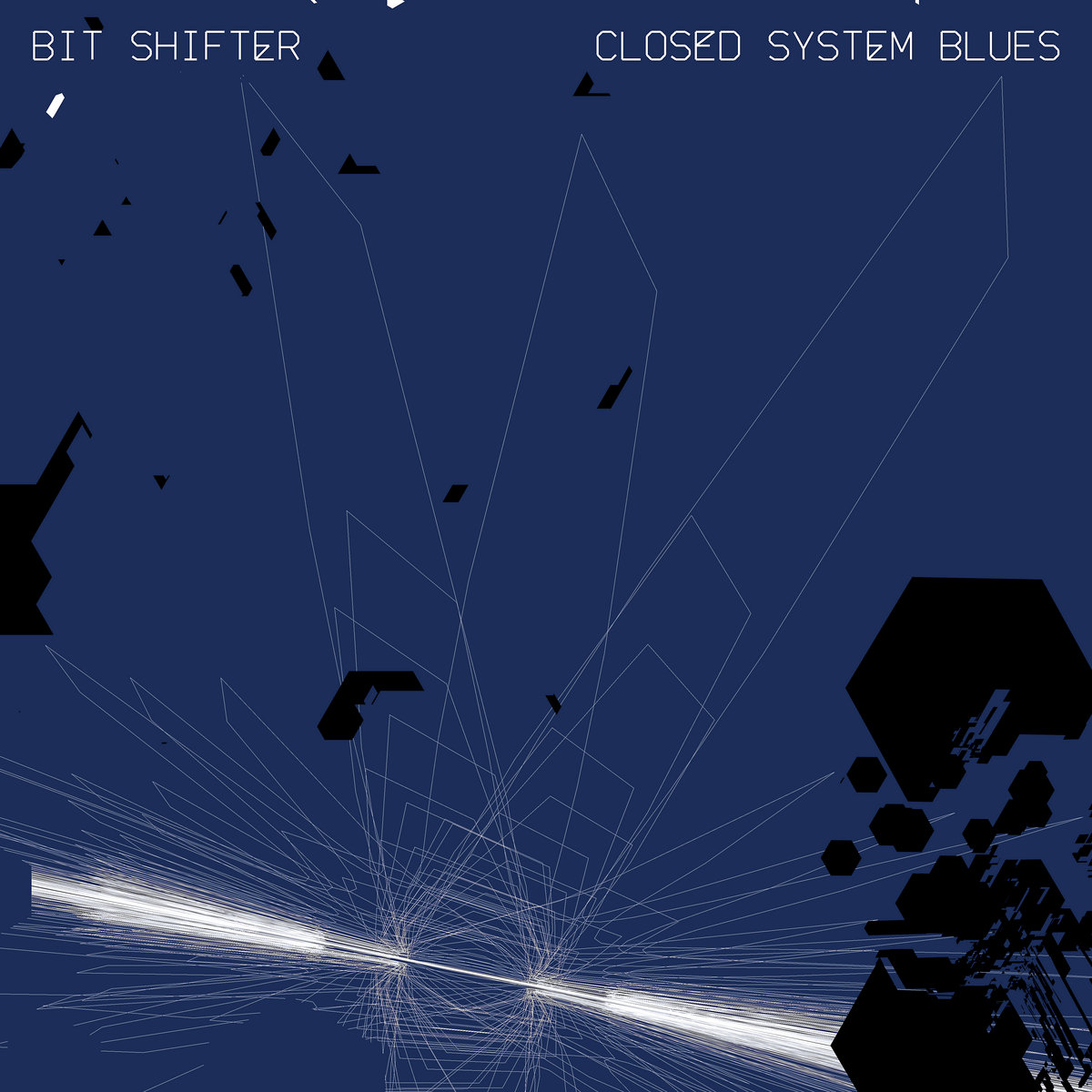 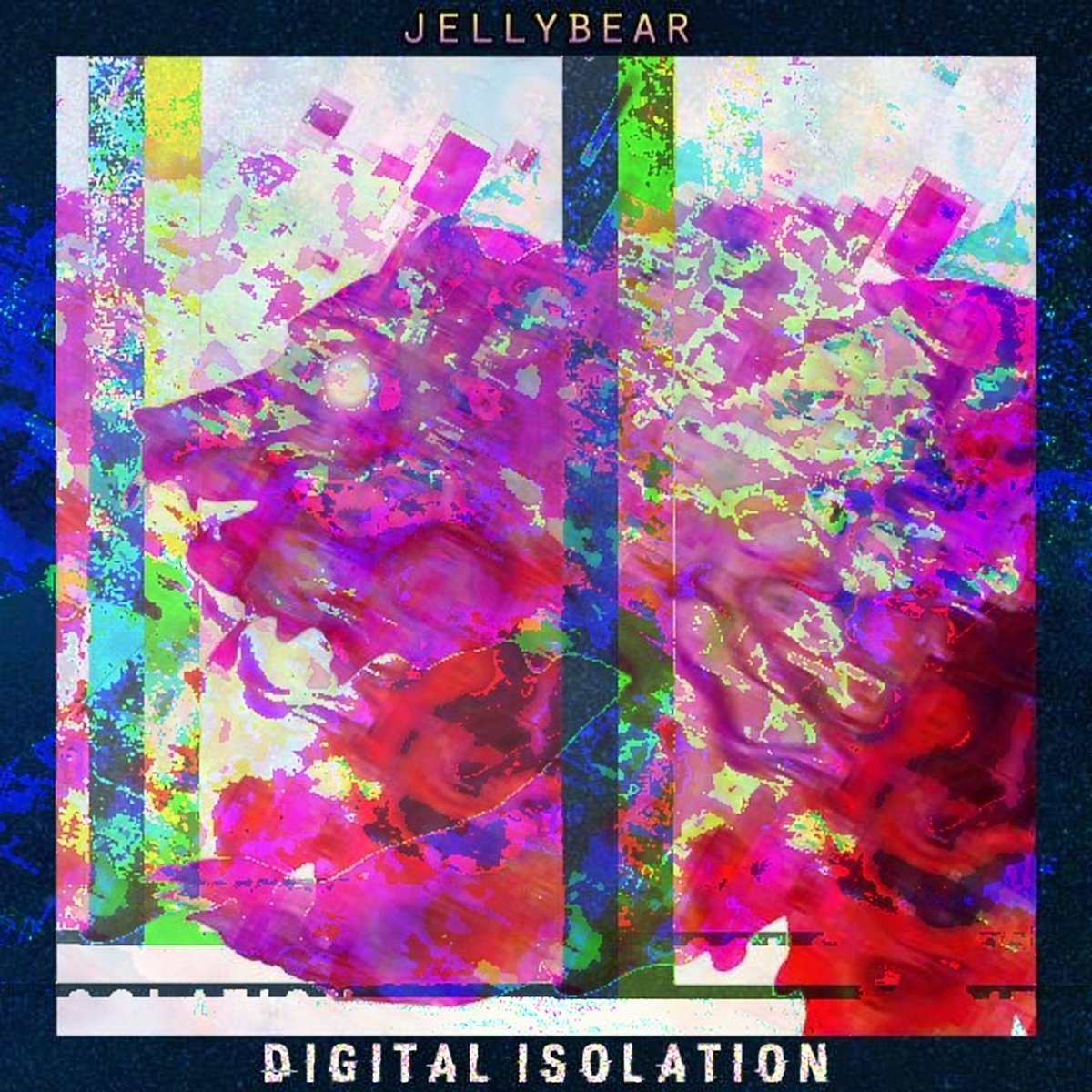 Wow, it has been a very a long time since I review a Jelly Bear album. I think it was just after I set up the actual blog; the review being his first album, ‘The Last Paradise’! Such a long time. This time I’m taking a look at his 3rd album, ‘Digital Isolation’ and it is completely different compared to what I had listened to prior.

Compared to ‘The Last Paradise’, ‘Digital Isolation’ is a far more heavier album, looking at the scourge of consumerism. This is done fusing together conceptual sampling and the 8bit sound, to create an experimental selection of dnb tracks.

This brings us to ‘Consumer Friendly’, the opening track of ‘Digital Isolation’. It begins with a very experimental mash up of samples from advertisements. This is very intertextual and immediately gives you the idea of what it’s aiming to say about consumerism. ‘Jelly Bear’ further communicates Consumer Friendly’s themes through his music, the melodies and drums feeling a lot like the hyperactivity of a kleptomaniac. Almost like an infection, ‘Consumer Friendly’ is minimalistic yet pulsing with atmosphere. It’s experimentation done expertly. 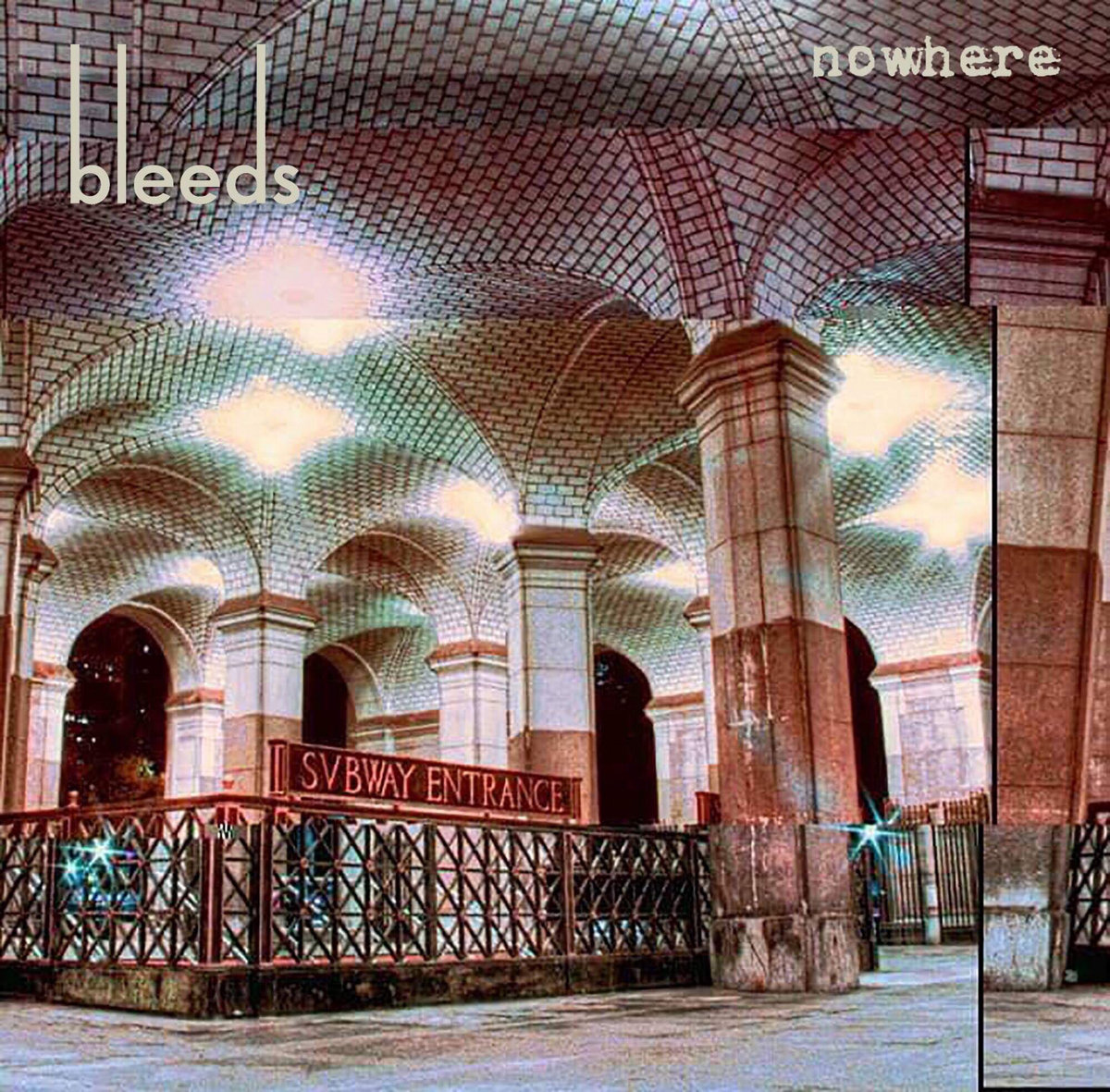 It’s not usual for me to review a single, but I couldn’t pass this track up. ‘Nowhere’ is the latest track by San Diego based artist ‘Bleeds’. ‘Bleeds’ mainly focusses on using LSDJ to create high octane dnb tunes, whilst utilising effects such as, delay and filter to bring some dynamic to the table.

For a good example of Bleeds’ music, check the album, ‘Entropic State’.

‘Nowhere’ first kicks off with Bleeds noodling about vast amount melodies, all performed on two gameboys. So much is going on here in terms of programming, that it can be quite hard pick something to listen to. That said the introduction feels like massive wave of ferocious noise, paving the way for harsher sounds from the grinding WAV channel. As ‘Nowhere’ begins to take form in a build up, leading to huge crescendo with a simple sample just saying, ‘Citizen Of Nowhere’. It’s a wonderful drop and creates an huge impact in an already hyped track.

Nowhere’s transformation from the intro the meat of the song is pretty terrifying, mainly from the WAV channels from both gameboys, which are kicked into overdrive. These channels take up most of the sound wave, whilst the pulses make the bulk of the bass and mid tones.

Although the song can sound a bit samey sometimes, its raunchy sounds helps ‘Nowhere’ make up for it with spades. Due to listening to ‘Nowhere’, I’m now finally looking at his previous albums, beginning with, ‘Entropic State’! 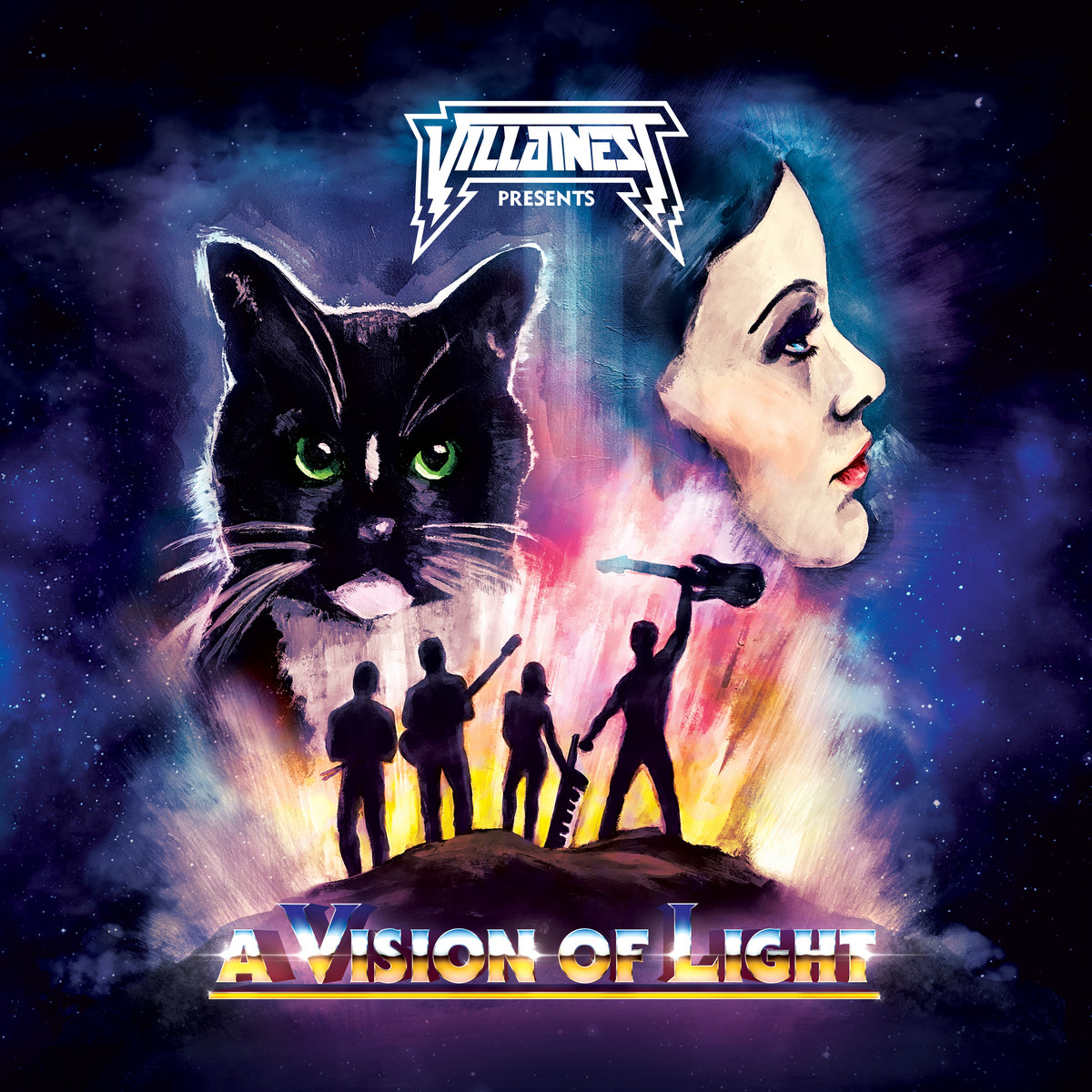 Whilst everyone is engaged with the Chiptunes = WIN compilation over August, one of 2018’s greatest chip albums has just been released; ‘A Vision of Light’ by Canadian 16bit based band, ‘Villainest’. It’s been a while since their last album, ‘A Good Day to Try Hard’ was brought to my attention, much to critical acclaim. I reviewed it previously on my blog, giving it high praise, also rating track ‘The Machine’ as one of my ‘Top 10 songs of 2017’. ‘A Good Day To Try Hard’ was a great introduction to an already incredible band, however it is nothing when to compared to their latest release ‘A Vision of Light’. How you may ask? Let’s find out through a few tracks that picked my fancy.

To start off, we go to the third track off the album: ‘Rapture’. It’s a rambunctious and funky song with a solid melody that is extremely addictive. ‘Rapture’ kicks itself off by playing the chorus, which serves as the staple hook that the song calls back to. However, for me the part that hooked me was at ‘0.38’ and the funkiness of verse. The whole piece flows fantastically, with the keys following the vocals flawlessly, the rhythm is amped up to 10 by the guitar, bass and drums. Everything comes together perfectly creating what, in my opinion, is the perfect hook. Another part of ‘Rapture’ that hooks you in is the guitar solo. Villainest’s guitarist, James Harding, is known for creating a mean guitar solo, with the song ‘The Machine’ being a prime example. ‘Rapture’s solo seems stronger and more controlled than ‘The Machine’ however, with peak parts really capturing you quite easily. There’s more sustain on notes than fills and technique, opting for slickness and atmosphere over style. Rapture is really a song to start with and wet your appetite for what’s to come.

Next on my list is the melodic song ‘Cliff Hanger’. What I loved about a lot of the songs off ‘A Vision of Light’ is the time taken to work on the melodies and tone that’s supplied by every instrument. ‘Cliff Hanger’ is an example of this due to one of the best chorus’s I’ve heard all year. It flows like a roller-coaster flying through the chords and notes, before taking a huge dip in the last third of the piece – truly a remarkable part for 2018 and one of the most catchiest. Aside from the chorus, ‘Cliff Hanger’ also has a fantastic and distinct style, allowing each instrument to be heard in all its glory. This is particularly good for the Sega Genesis sounds, as they can be hard to hear sometimes in tracks when the guitar is hogging the spotlight.

My last highlight is conveniently the final and title track off the album, ‘A Vision of Light’. What I absolutely love about this song is that it flows with the sounds of the 80s: everything from the choice of chords and wet reverb, to the passion yells from both vocalists and harmonizing of instruments. This is one of those tracks that even though it is at heart a chiptune song, it supersedes the genre and becomes its own unique thing. In my opinion that’s something you rarely see coming from chiptune, with only certain songs achieving this (for example, ‘Get The Bleach’ – ‘HarlyLikesMusic’, ‘Air Glow’ – ‘Trey Frey’, ‘Waste Lan’ -Robotopus’). This sole reason is why ‘A Vision of Light’ is my favourite song off the album and high up in my ‘Top Five Chiptune Songs of 2018’!

Villainest should be proud of the amount of sheer effort they put into this album as there were so many choice songs to get hooked onto. In fact, I found what took most of my time was deciding which were my favourite songs to write about. Obviously the catchy ones such as, ‘Cliff Hanger’ and ‘A Vision of Light’ were strong contenders, but on flip-side you had slower songs such as, ‘Stalker’ and ‘Prom Night’ which were just as distinct. We even have the heaviest song off the album, ‘Escape From Space Jail’ to think about, due to its face melting introduction.

A few months ago I was wondering when Villainest were going to release another album. Flash forward to now, I’m glad to see that they didn’t disappoint.