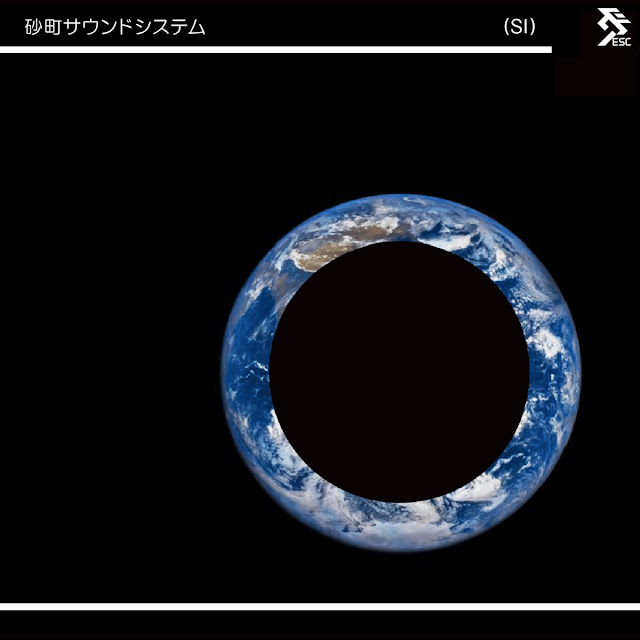 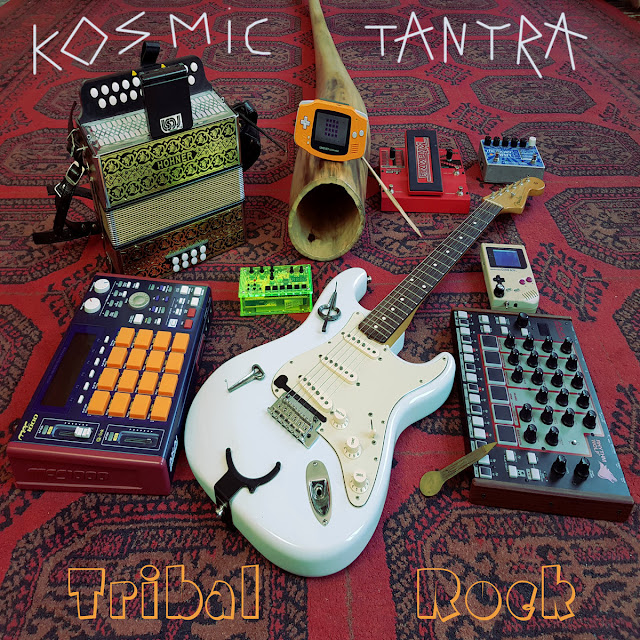 Hello, how are you all doing today? This week I’ll be reviewing a very interesting album called, ‘Tribal Rock’ by, ‘Kosmic Tantra’ and it’s an incredible selection of tracks to say the least. To give you context,  ‘Kosmic Tantra’ are a french 3 person electronic rock band, consisting of a variety of different unique instruments; from the staple gameboy running LSDJ, to the more abstract, Didgeridoo and Accordion. Yes, you heard that right; throughout the entire run time of the album you’ll be hearing  amazing ‘Eastern outback instruments’ whilst chiptune & electronic music are used as the backbone of each track. A first for the genre, I think!

We begin with the title track, ‘Tribal Rock’ and it immediately opens up with the ‘Akai Rhythm Wolf’ drum machine blasting out with its analogue sound. Whilst the drums fill the background, all kinds of sounds are played, from ‘nanoloop 2’ used as the synth and percussion, to what I suspect is the Pocket Operator 12 drum machine being used as the fills. As we go further through ‘Tribal Rock’, more instruments are added such as the staple guitar, laying down some rocky licks and giving the song the flavour it needs. We then have the more abstract instruments center forward, like the Jaw Harp, a metal Lamellephone used throughout history amongst asian and western cultures. Let’s not forget the didgeridoo either, as this provides provides the heavy bass in some parts, like the bridge whilst the guitar plays melodies.

Just reading off all instruments I’ve listed here, you wouldn’t think that ‘Tribal Rock’ would work actually work as a track, but like most original & unique songs, it proves us wrong and then some! Each instrument serves a different purpose and has been mixed well as to avoid any clashes, allowing them to come through crisp as well as being distinctively easy to point out.

From ‘Tribal Rock’, we move on to the next track, ‘Purple River’, a song which ups the ante of the psychedelic genre. It begins with the synth of Nanoloop playing whilst LSDJ percussion is playing in the background. This is then broken up by the hard didgeridoo, which acts as both the bass and the hook. Finally to top it off, the guitar and drums come in, with the guitar playing a wild screaming hook, the sound created with a Digitech Whammy Pedal. This essentially increases the pitch of the sound by various increments of an octave, allowing for a higher, more thrilling sound. I really love ‘Purple River’ and how it manages to weave all the sounds just like the former track, ‘Tribal Rock’. However, unlike the former track, ‘Purple River’ goes miles ahead in it’s energy & structure. ‘Tribal Rock is a great tune, however ‘Purple River’ creates more of an impact with its face melting guitar riff, which is extremely high in energy.

The final track I’m highlighting, is the third song, ‘Why So’. Whilst it’s very similar to the other tracks reviewed, ‘Why So’ focuses more on using the Akai MPC 1000, a vintage sound sampler. We start off hearing the sampler smash out some spacey sounds whilst effects from the MPC trickle out. Like ‘Purple River’, ‘Why So’ manages to build up a lot of energy, utilizing particular instruments to their full potential. It also feels very philosophical thanks not to just the echo-y sounds, but also the sampled english words, ‘Why’ and ‘So’, giving a sort spiritual feel to the whole song.

It was fun listening Kosmic Tantra’s ‘Tribal Rock’, and the fact that they went to the extra mile to utilize old hardware & wind instruments, it makes the album that much more unique and appealing. However it’s that more shocking to find out that I’m the only supporter of the release! If you enjoyed any of these songs, please give ‘Tribal Rock’ the support it needs. It’s albums like this further experiment with chiptune that need to be noticed. 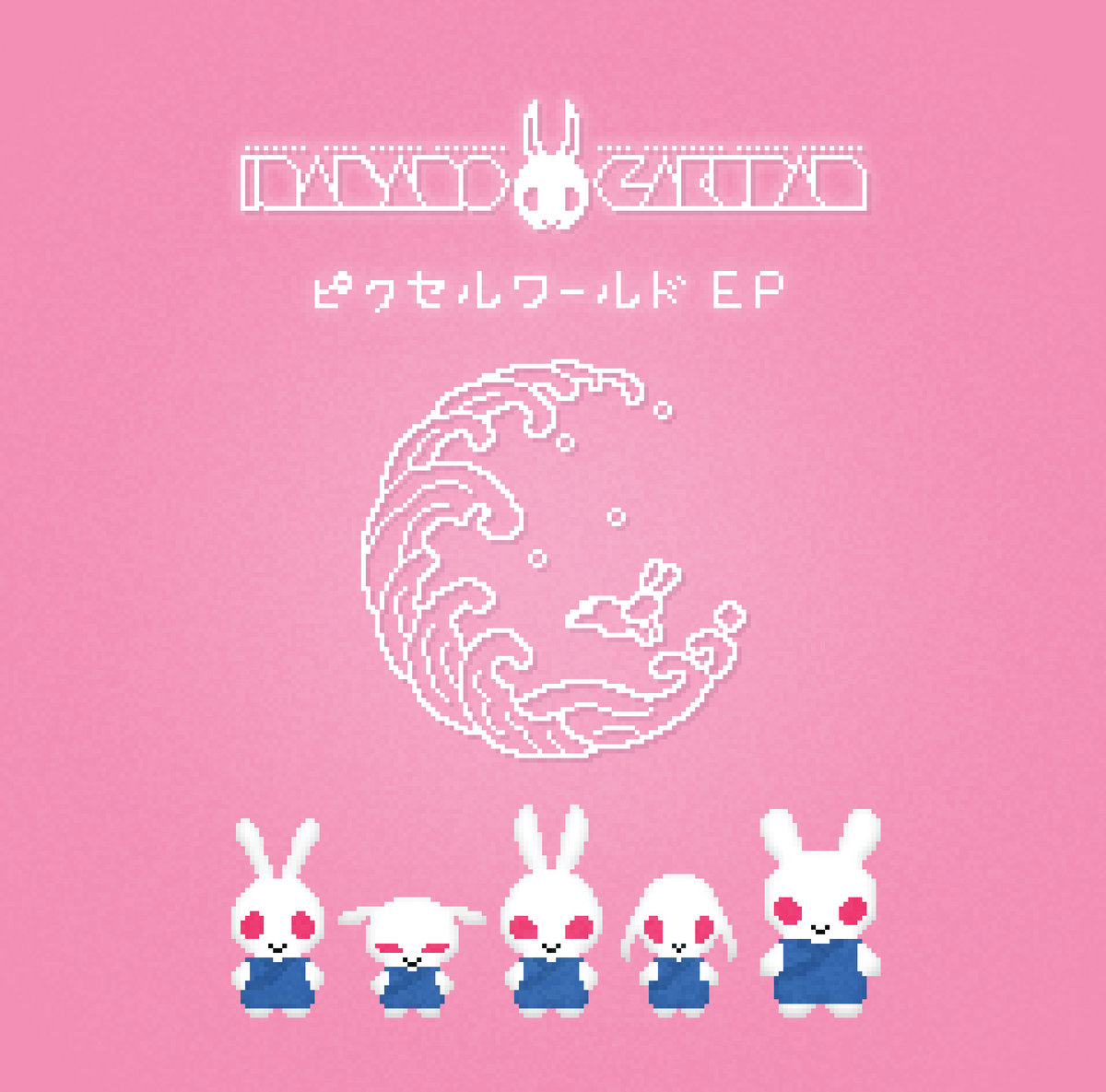 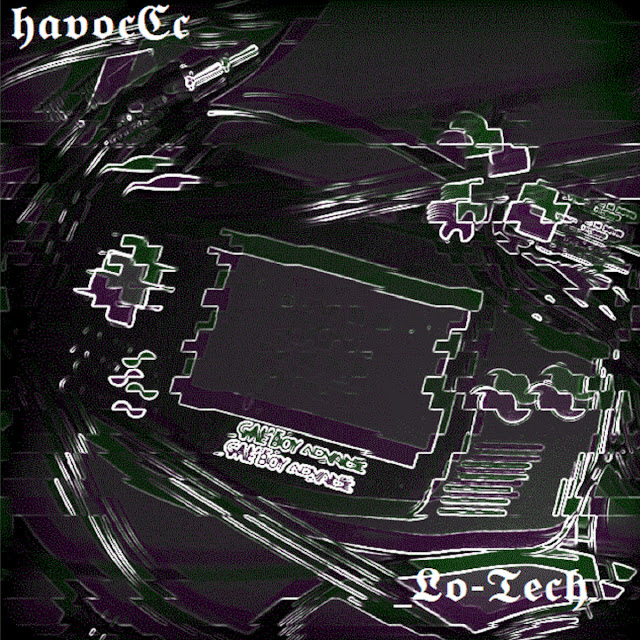 Continuing on from the Nanoloop Hype train, we have an absolute minimalist album from German artist, ‘havocCc.’ ‘havocCc’ is known across much of Europe for his exclusive talent in using Nanoloop 2.0 to create live minimalist chiphouse beats! I’d already seen ‘havocCc’ play in London way back during the last ‘Hyperwave’ by ‘Shirobon’, and his method really interested me. However it wasn’t until the Chip Bit Day Pre Party in manchester when ‘havocCc’ played, he really made his mark. The sound, structure, ferocity and method to creation, went all above and beyond expectations. So much so that one speakers had to call it quits temporarily, as it had overheated from the constant bass! :O

‘_Lo_Tech’ is havocCc’s first nanoloop release since touring for the last two years across europe, working on composing music on the fly. Through all this experimentation, havocCc has managed to record each song off ‘_Lo_Tech’ in one take. This is one incredible feat.

Anyway, let’s take a listen to the first track, ‘_Lo_Tech #1’. Prior to the album release, I was already aware ‘_Lo_Tech #1’, as it was featured on the ‘Chip Bit Day Compilation Album’. It begins very minimalistic, with the synth slowly opening up. Whilst that one sound doesn’t immediately show where havocCc is going, new harsher tones are brought into the mix and built upon. The song gradually expands when sound of a gong signals the turn in style a sudden addition of the kick. This knocks the jam in gear, causing havocCc get’s to work the next stage. Whilst the track is almost 10 minutes long, a lot is still going on, with various different changes throughout, there’s always something being changed or altered.

Although I really dug ‘_Lo_Tech #1’ I must confess due to the long running time of each track, I found it quite hard to listen to each track fully to make a balanced opinion. I can appreciate the sheer amount of effort that went into each song, but I feel that gets lost when a song is almost 10 minutes. For the next album, I would reduce the amount of tracks to instead 4, or reduce the time of the tracks to about 7 minutes. That said, it’s a great effort which shows how accomplished havocCc has become.

I look forward to what he comes up with next!