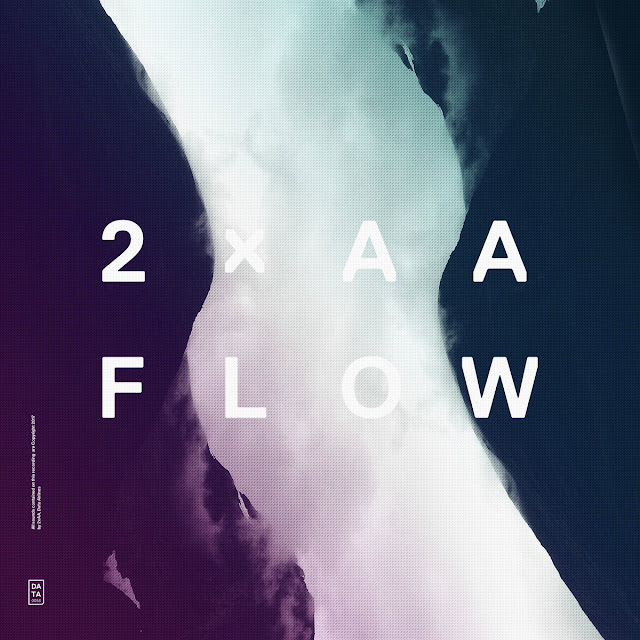 This week I’ve been ill with man flu so my review is out a little later than expected. However I’ve been sitting on a real banger. 2xAA (AKA Sam Gay4TheWray) has been a huge impact on the chiptune community supplying it with interesting music, intuitive coding, amazing VJ software, Micro collective & finally the almighty Chiptune Bot!

That’s a lot of stuff he’s contributed to the community! So you can be certain that when 2xAA released his highly anticipated album, ‘Flow’ on ‘Data Airlines’, it was a big thing. 2xAA made ‘Flow’ using Nanoloop 2.0 on a Gameboy Advance and has been something he’s working on for a while now. Because much of ‘Flow’ has been recorded and is supposed to be a mix, I’ll be featuring three songs together rather than just two.

The album gets off to a great start, beginning with the party pumping track, ‘Work’. It begins with an incredibly downtempo beat, opting for my staccato melodies & rhythm rather filling the whole scope with sounds. Each sound & instrument sounds tight as hell, both providing a sort cool & elegant style, whist also remaining mysterious. ‘Work’ then morphs into the largely different track, ‘Delta’.

Even though both songs use much of the same instruments & styles, ‘Delta’ & ‘Work’ are totally different. You’re immediately introduced to a pounding tonal sound, until breaking into heavy bassy & soulful keys. To me ‘Delta’ moves better than ‘Work’, mainly due to the keys that seem to take it places, from the epic introduction, to the bassy hook, and finally the rather melancholy lead. It is rather majestic & beautiful.

From ‘Delta’ we go onto ‘Memory’ which begins on a much lowly note, it’s energy used up in both ‘work’ & ‘delta’. This is a good thing though, as it allows ‘Memory to be a completely different track on it’s own, and building up to an eclectic & hook in middle at ‘1:39’, which is both a shock & also highly addictive. It does this by using the pulsating bass & frantic drums to captivate you, whilst the minimalistic keys add a more sinister tone. ‘Memory’ is a very interesting change from what at the beginning with ‘Work’ & ‘Delta’

Overall Flow is ultimately a masterpiece in its own right, giving something that outsiders could definitely get into. I constantly found myself going back to this album again and again, listening to it’s entirety. It’s also a huge milestone for the use of the Gameboy Advance & Nanoloop. Before this I had only seen people use Nanoloop through very minimal House, and not much else. However, 2xAA has shown Nanoloop can be pushed further! Let’s see if anybody follow suit!

(I’d like to add: I’m glad I got the cassette edition of ‘Flow’ before it sold out. It is the only way to enjoy it, without any pausing.)