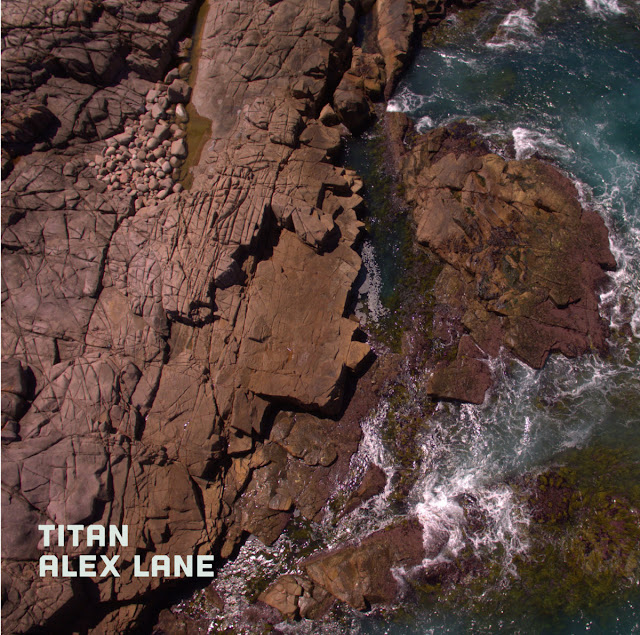 This is another album that has been in my possession that I’ve yet to review…until now. I first had the pleasure of meeting & hearing Alex Lane’s music back in 2016 when he first came to Manchester for the ‘ChipBattles Tournament.’ Originally from Australia but now living in Southsea, England, Alex’s style felt very classical but at the same time, came off quite technical. This was changed up however when he was featured for Chip Bit Day 17 and came up to Manchester with a midi guitar hooked up to a C64! The result was quite amazing, the sound made fuller due to the bass.

Alex’s latest album, ‘Titan’ is his 2nd to date. Released with ‘Chiptune powerhouse’, Cheapbeats it features a more refined music style compared to his previous one.

We start off this review with the opening track, ‘Chinon’ off Titan and it begins with a fantastic arpeggio, before descending into a fat, bassy melody. Just the sound coming off this instrument is enough hook you in, the playful tune from Alex walking up and down the scale, like a journey with no end in sight. As well as that, it’s slow nature allows the notes to resonate and make more of an impact, especially at the high & lows of the scale.

‘Chinon’ then slowly transcends into it’s 2nd song, the album title track, ‘Titan’. This song is the complete opposite of ‘Chinon’. Instead of being slow & soft, ‘Titan’ is hard & fast, utilising a lot of sweeping between notes as well as breaks. ‘Titan’ often feels like snappy with some bite, especially towards the ‘2:40’ mark which transcends into a heavy mixture of heavy pulse.

Although ‘Titan’ is the title of track off the album, I wouldn’t say it’s the best. I think that title goes to the last track off the album,’Ulriken’, as it’s the best of both worlds with Alex’s use of melody is incredibly on point. ‘Ulriken’ immediately begins hooking you in with a addictive sequences of chords, before going into probably one of the most catchiest tunes of the album. But Alex’s creative use of the scale never cease’s to amaze, going from strength to strength, backed up with its strong use of chords.

Out of all the albums this year, I believe ‘Titan’ has the most creative use in melody & its notes. Although the whole album is quite slow at points, I believe some of it’s best moments are during those times. I’m definitely looking towards future bassy tunes that alex creates, as each one runs seems to run shivers down my spine.