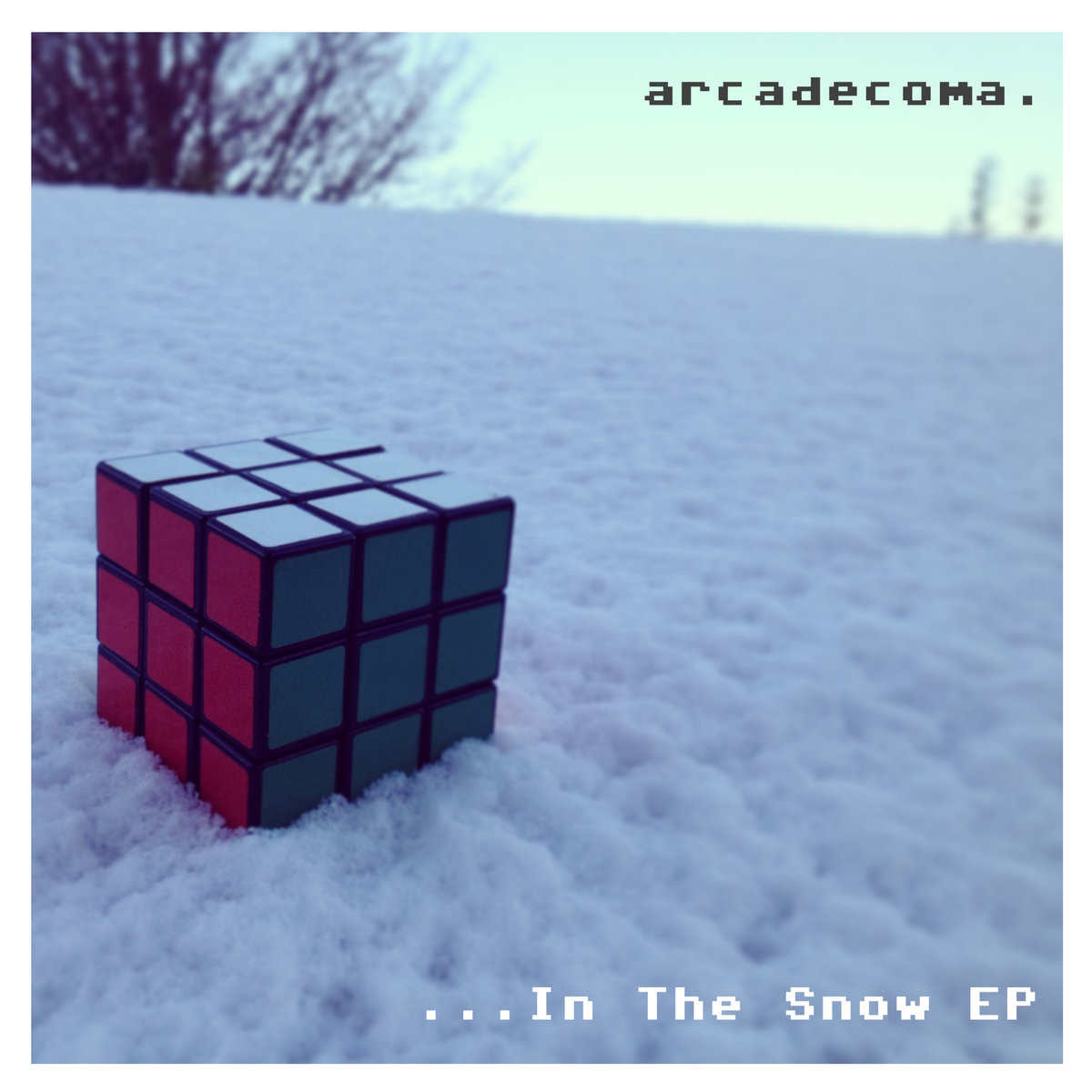 I came across Pterodactyl Squad a while back when they released some music from a band called, somewhere something incredible, way from America. It was so good that it kept them on my radar. Pterodactyl Squad are a net label based in Britain and release some of the best small chiptune artists around at the moment.

Their latest release is by Arcadecoma, a chiptune, bitpop band who are based in Edinburgh, made up of two musicians called, Ross Murdoch and Martin Smart. Cited from their facebook page, they play melodic yet melancholic LSDJ tunes, backed with some fuzzy guitar and driving bass. They also bring so much more Energy to their songs, especially their latest release, In the Snow EP.
Their EP opens with Twenty Two, with fantastic melodies and cool ass grooves on LSDJ but is sadly extremely short as its stopped almost suddenly (I was wanting more 🙁 ).
This is however carried on through out the rest of the EP with  ‘Summer is Over’ bringing a lovely short ballad describing  the themes of coming to terms with something so awesome is suddenly over!

As well as that, there are some other good songs such as, short but sweet ‘I haven’t left the house for days’,  the epic ‘Heroes in the snow’ and ‘The Ghosts of Christmas Presents’.

My favourite song on the ep however, is Road Avenger. It’s a massive epic tune which knocks up the energy and pace, but it also feels so much awesome than anything else. The solos towards the end also packs a punch giving Road Avenger the hard hitting style it desires (finally, the fact that it relates to MAD MAX is mind blowing).

There are some songs which I feel could have been a bit longer such as, ‘don’t go (out of the windows) as I felt they were really going places. Maybe something to think about for the future.

However, barring that Arcadecoma’s ‘In The Snow’ is a great EP that brings the genres of pop punk and chiptune together.If you want to follow for more chip bit sid see below: