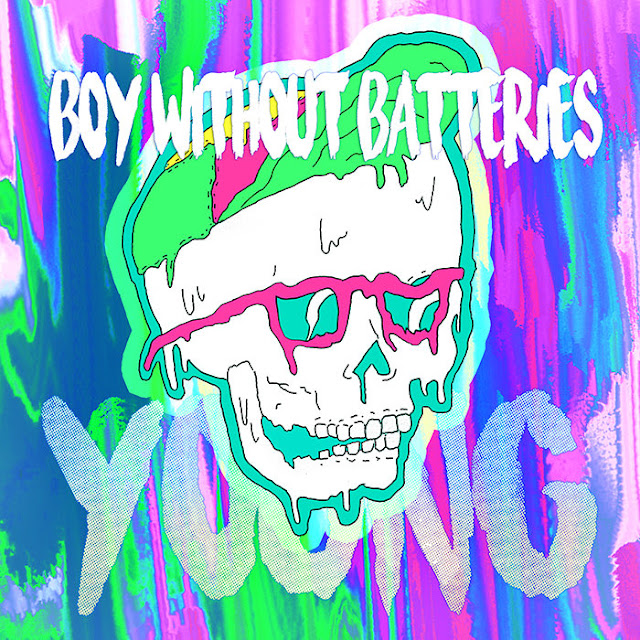 Holy sweet Christmas. I’m already beginning to wrap up the end of 2015’s chiptune, when this little beauty came along during December. ‘Boy Without Batteries’ is an artist who resides in Lakeland, Florida, with his last album, the digital age, released way back in 2013. That’s quite a while for chiptune, but we’ll forget that, because his latest album, Young, is one fantastic sequel, bragging 11 tracks, 10 of which were made on one single gameboy!

What’s so good about that you ask? Well, once you starting listening to the music, you’ll be astounded at how amazing each song is put together.

Let’s start off this review with my first pick off ‘Young’ and it’s the 2nd track, ‘Homeward Bound’. This song immediately kicks in with some well crafted drums followed by a snare fill before going into the hook. Right off the bat you can tell that Boy without Batteries takes a lot of inspiration from pop punk bands, such as Blink 182 & Sum 41, as it totally comes off this song alone. All these songs, have been excellently done in melody, but Homeward Bound comes in at the top, with the most addictive lead of them all, and ultimately a great track to hook you into the album.

The next song ‘Destiny Gang’ starts off with a mind blowing drum fill, working to together with the distortion which gives the feeling as if a guitar is playing. The intro itself is enough to love Destiny Gang. But that’s not just the only thing that’s mind blowing, with so much going on (with the kicks especially spot on), this is one song not to be missed.

The final song of my pick is, ‘Pop Heart’ which is the most unique track off the entire album. This is down to the huge mash up of samples being used as beats, which serve to give it a completely different style from the ‘pop punk’ style that BWB had been going for. It’s more of a funky dance track that uses a moderate beat to push things, with a fresh 90s feeling coming from the choice of samples, as well as its beat. It’s also one of the tracks which has a strong structure.

Young is a well crafted album and is one I have constantly enjoyed listening to over the past few weeks, more so than my standard selections (trey frey, henry homesweet, sabrepulse etc), which is definitely saying something. It’s nice to see other genres like Pop Punk getting introduced into chiptune, without the use of guitar, as shows creativity & skill in sound design. Young will definitely be kept in my music rotation for the months to come.