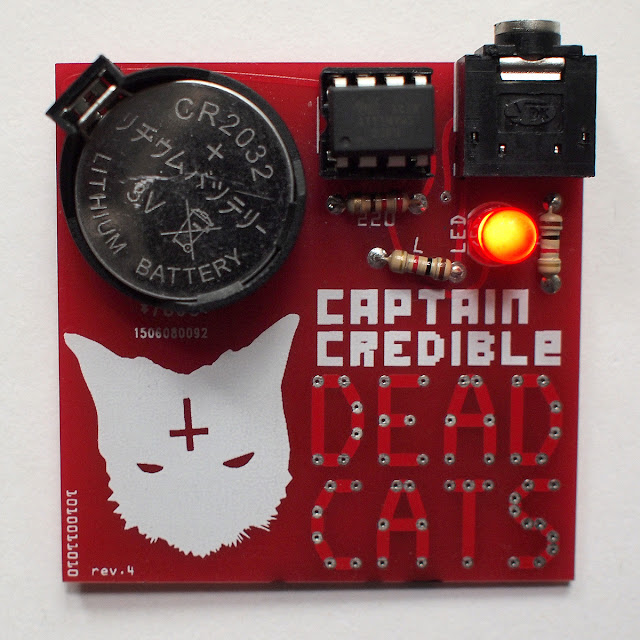 I was given this a while back to listen to but when I heard how Captain Credible made his music, I asked him straight away for a detailed description on his instruments, and waited for his reply.

The guy takes physical parts from various different things and puts them together to make weird wonderful sounds. Take a look at this image below: 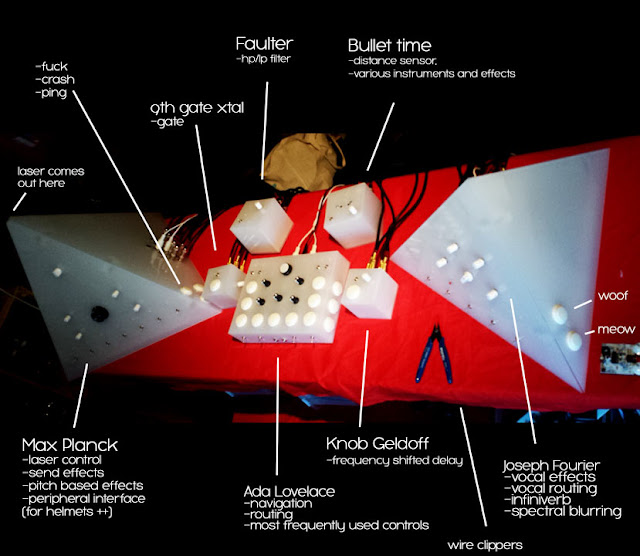 If this isn’t chiptune, then I don’t know what is!
CaptainCredible has so much more stuff to show off as well, but I’ll save all this for a future article. I just wanted to show how wonderfully insane the dude is, before I began reviewing Dead Cats.
Anyway, let’s talk about Dead Cats. Starting off, it is one of the most unique albums I have listened to in its music style, with it’s theme focused on science, technology and of course, cats!
We start off the album with the mysteriously sounding song, ‘Forest Moon’, which begins with a rather synthwavy introduction, but this is cut inadvertently with the seriously punchy bass blasting away, with some sporadic percussion put in for good measure. This gets turned up max at the 0.49 mark, when we start hearing the music going into some funky trap, with both the drums & lead feeling like they’re on amphetamines. Forest Moon really shows off Captain Credible’s style is all about: mindless, uncensored & crazy fun through the power of chiptune!

The next song, It’s Dead Cats kicks it further kicks up a notch -can that be done? ;D- into some real hollow drum & bass, followed with Captain Credible singing over the Microphone. It’s extremely high on energy & mind blowingly crazy. As well as the music, the lyrics are really rhythmic, further adding to the energy of the song.

The third song, ‘Cats Within Cats’ is another fantastically well done song, which focuses more on the melody of the music, being more of a laid back piece when compared to Forest Moon & It’s Dead Cats. Glitching & trap are used quite a bit also, which are controlled through Captain Credible’s custom controllers. I really like Cats Within Cats, as it gives us time to breathe and appreciate Captain Credible’s experimentation & inventions.

Schrodinger is my final favourite song off Captain Credible’s album and is the most synthwavey track. It’s also probably the most progressive song, as it contains a lot of build up from the beginning, changing up at 0.47. Schrodinger also features a huge outro as well, coming in at 3.12. It’s a massive change from the rest of the song, as further pushes the themes of science & space. This is also a complete different direction when compared to his other music, as it’s more full beats like ‘It’s Dead Cats’, and no synthwave.

Captain Credible’s Dead Cats was an interesting & entertaining change to listen to. The one thing I liked about Credible, was the fact he doesn’t take himself seriously at all, when compared to other musicians. He also takes a risk by including a little treat on the last track; a recording of his custom made printed circuit board, which he sold on bandcamp, along with the album.

We’ll be playing all the music over the last month so come and have a listen, 6PM UK GMT!
Link below: