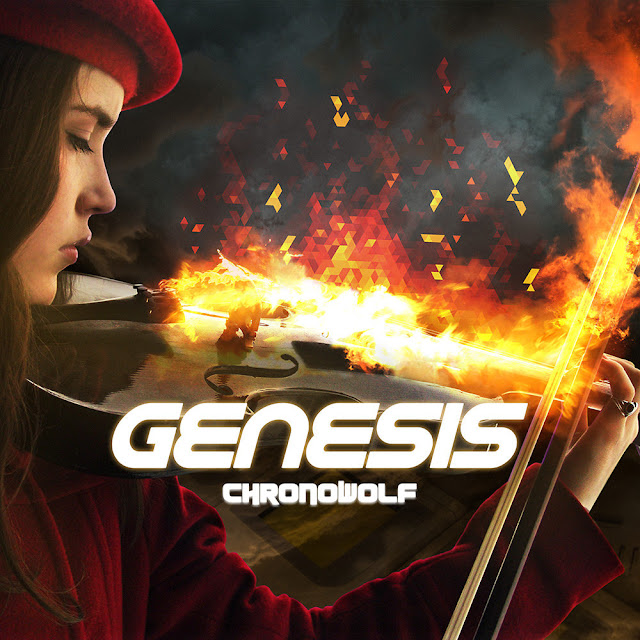 Seeing as we’ve finished with the top 2015 chiptune tracks, let’s finally go onto 2016, and to kick the year off we have the fantastic album, genesis from Chronowolf. Looking back over 2015, the hype had been slowing building for Chronowolf, primarily from being featured on the Chiptunes = Win compilation with his track, ‘Singularity.’

Originally from Syndney, Australia but now living in Washington D.C. Chronowolf creates his music using a mixture of vintage console music, whilst complimenting it with modern hardware. With latest album, ‘Genesis’, Chronowolf creates each track using a DAW with Cubase5 as well as a mixture of different plugins & VSTs. For the hardware, he used Texas Instruments TI99/4A Home computer as well as ATARI 1040STe samples Chronowolf had created years ago.

My first pick from ‘Genesis’, has to be ‘Hyperion’, which begins with a wet yet punchy bass, a sound that’s generally familiar with synthwave. Then at 0.15 it all kicks of with the strong, bright & punchy lead that Chronowolf taken a likening to for his style. You’ll hear it through out the album, especially in his prior track on last years Chipwin compilation. There are also a variety of different leads throughout the Hyperion, with only one being prevalent, the little fill which has the lead run up & down the scale. Hyperion is a high octane song which really defines what Chronowolf’s music is ultimately about.

My next pick is ‘The Dry Run (Cry Wolf)’, namely down to its absolutely killer robotic rhythm going on through out. This track is immediately a stand out track from the terminal speaking software for the Texas instruments computer, to the legato bass that kindly let’s us know that the sound of the 80s hasn’t left us. It gives the feeling as if it’s an exercise run going on, with the voice going through the verses, leads & even the choruses.

I must say even though this is mixture of chiptune against classic music, I’ve been finding myself listening to the electronic tracks, rather than more classical ones. However ‘The Last River’ is one such song, which works fantastically with its strong classical style, weaving wonderfully amongst the electronic instruments. Together they create an extremely chilled solemn atmosphere and rivals the majority of tracks on Genesis.

Overall ‘Genesis’ is a nice blend of classical music against the chiptune we love so much. This is also Chronowolf’s first ever album! It really shows that anyone who wishes to get into chiptune by putting the time & effort can create one fantastic album and show their style. I’ll be keeping an eye on Chronowolf in the late future.