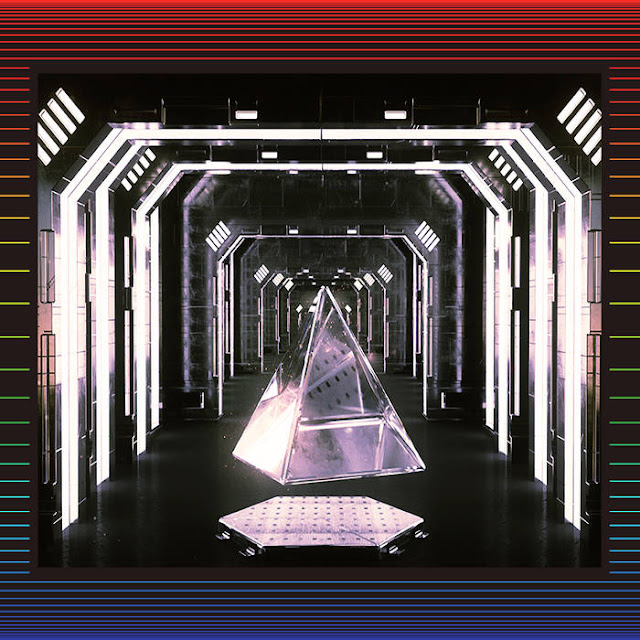 I’ve been looking forward to reviewing this post for a while. This is down to the fact that it’s a genre that I’ve liked a fair bit: Synthwave. You also don’t normally see the genre  combined Chiptune, So this was well needed. Conquer Monster, are a synthwave duo group from Utah, comprising of Joshua Faulkner & Daniel Romero, who have spent the majority of their teens collecting bits of vintage music tech as well game consoles. Their music style combines the bassy vibes of Synth rock, whilst utilising the modern beats of electronica and 8bit.

Metatransit is their first album of their catalogue and it shows their talent to their craft and potential for the future. The album begins with a with a warm beat eclectic introduction, Dystopian Underworld, giving you a good idea of what’s to come.

The first song to really prick my ears up, is Conquer Monster’s opening song, Flux Peripheral. The start of the song really sets the scene, with the use of their vintage tech providing stellar sounds. It’s as if it’s a warm midnight drive throughout the whole 5 minutes of the track. The sounds that also really moved me were the chimes which really provided that extra level of atmosphere.

The next song to push Metatransit forward was, Galaxy Surf. It starts off with a fantastic introduction with a shimmering lead over the top of some dirty bass. This is then complimented with some heart felt samples from 1950s science-fiction, whilst slowly & carefully built up to the crescendo. From there on out, powerful harmonising leads take over until at 3.36 a subtle bridge takes over, calling out with another heartfelt voice. Overall this is a beautiful song, which gradually builds upon itself through three great parts.

Self similar frequency domain is the third song on my featured picks. It’s a fantastically well built song which contains some well executed & varied beats. This is probably one of my favourite tracks of the album, down to fact that it’s extremely chilled, with nothing taking over the song. Everything is also on beat perfectly, as a couple of the leads in other songs of the album felt like they were slightly off.

My final song, is funnily enough the final song of the album, Spectral Drift. It begins with some real glitchy and experimental synths, followed by some chopped up, beaty samples. The one thing that makes this song unique is the fact that it utilises a variety of different sounds to make up its style. Its rhythm is also utterly fantastic especially in several places, such as at 4.00, when both the samples and sounds are pitted against each other, in order to create an echoey, eclectic rhythm.

Metatransit is an great album to show off where synthwave is going, as prior to this, the genre generally featured slow beats with a chilled out punchy bassline. However this is not the case as it shows some major experimentation going on. Of course, there are some problems with Metatransit such as offset of when leads change pitch & perhaps too many songs were featured on the album itself. But over looking that, Conquer Monster’s Metatransit is one stellar listen.

BONUS:
They also have by the best merchandise I have ever seen.