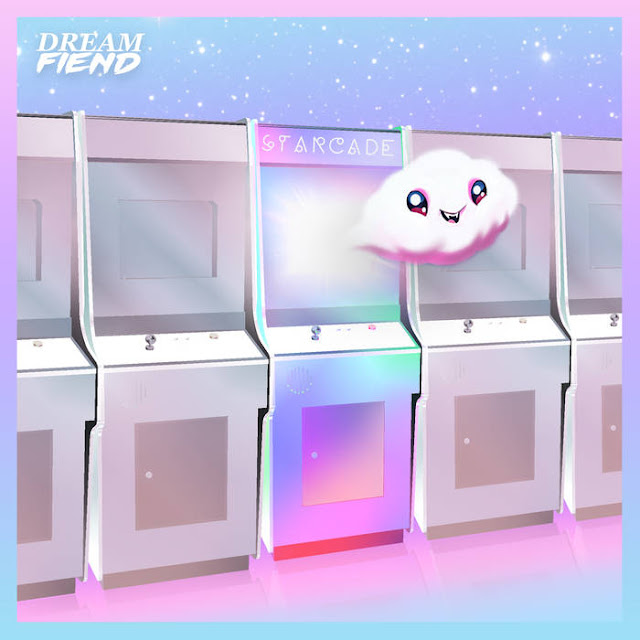 This week we have some real dreamy 80s synthpop, hailing straight from Melbourne, Australia. ‘Dream Fiend’ is an artist creating music around the genres of, Synth funk, Nu Disco & Synthwave. Prior to his latest EP, Dream Fiend has created remixes of various artists, from Futurecop’s track ‘Growing’, to Killstarr’s, ‘Feels Like Heaven’.

At a glance Dream Fiends ‘Starcade’ is short a 3 track EP. However don’t let that fool you as, each song is a fantastic listen.

Going immediately into Album, you can see where Dream Fiend gets the inspiration, it’s opening self titled track, reminding me of certain artists, such as Chromeo. This is down to the funky nature of its keys & bass, which really pop throughout. It’s chiptune & retro influences are also there as well, coming through in its square waved lead at ‘1.30’ and at the end.

Whilst ‘Starcade’ is reminiscent of the 80s & all things synth, it also plays towards the genre of dreamwave, with its third & final track,’Lucid Dream’ an epic example of this. As soon as you start to listen, you can tell that the song is quite dreamlike, with it’s shimmery arpeggiated keys feeling almost clairvoyant in nature, as it guides your ears in flight. ‘Lucid Dream’ is also extremely reminiscent of the ‘NeverEnding Story’ soundtrack, particularly the track, ‘Fantastia’.

Dream Fiend’s ‘Starcade’ is greater taster for people who have yet to listen to any 80s inspired synthpop music, as each track is extremely easy to get into and a fantastic gateway into the masters of synth.