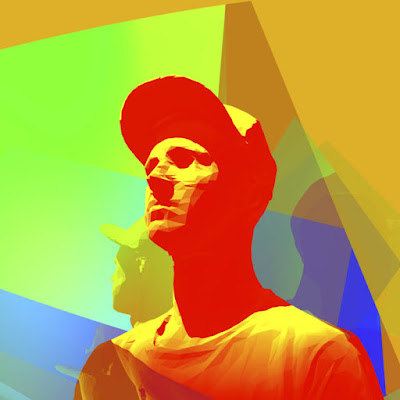 I interviewed Harley a couple months back at Tokyochipped and he was brilliant to talk to. Towards the end mentioned that he was bringing out a new chiptune album which would be solely comprised on LSDJ. I was looking forward to it, however I didn’t know it would be this soon! So as soon as I found out, I put everything down and began listening to Harley’s latest album, Game Changer, released through CheapBeats.

HARLEYLIKESMUSIC can be described as, a mash up of all thing electronic, with glitch house as it’s one big focus. Harley primarily uses two Nintendo DS’ to create is distorted music, using Korg-DS-10+ on them and switching between the two with a mixer.

Let’s get down to Harley’s latest album. To start off, Game Changer first foremost thing it accomplishes is its heaviness and hard hitting style. If that isn’t your thing and you enjoy chilled out music, then I don’t think this’ll be your thing. However if you enjoy your EDM and want something new and cool, then read on!

Game Changer starts out with a raw and fantastic introduction and shows what Harley has learnt from LSDJ, and its obvious he’s become a wizard at it.

It then breaks into the meat of the album with ‘Off Your Trolley’ a very Yorkshire styled name for a song (FYI Harley is based in Sheffield, Yorkshire). Its a long and great tune, with some heavy rhythmic vibes going on. It also shows some new, unique and creative ways you can use LSDJ.

A lot of this music is also played through A gameboy advance SP, as a normal DMG would probably crash from the intensity.

Generic Club Banger is the song that stands out the most due to Rapper, V3xation being featured on it. Its shows Harley’s not afraid to dabble in other genres instead of just house.

However Get the Bleach is probably my favourite song on the album. This is down to its rhythm but also its use chords and melodies go extremely well together.

I also liked Just one more time. It kinda reminded me of a Prodigy’s Out of Space, due to its mixture of reggae and drum n bass.

Game Changer’s final song, Anchor to Reality is another unique song, down to its

I really think Harley had Heavy Metal in mind when doing this song, as the drums just remind me so much of the genre, as you’ll find out.

I’ll really HARLEYLIKESMUSIC’s Album Game Changer really is literally a game changer! It’s shown us how much he’s learnt from LSDJ, and how we should really follow lead. Aside from the album I also loved Lazer Sausage’s artwork he did for this as its probably the most coolest piece of art I’ve seen, and I’d like to see more of it!