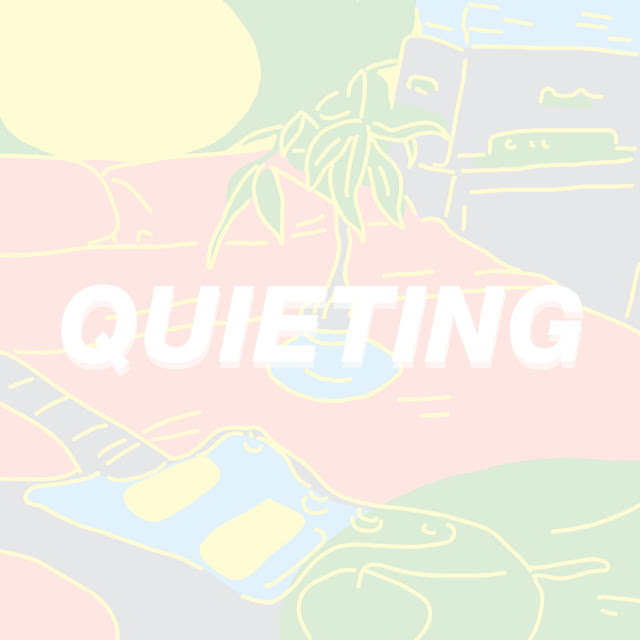 Quieting is the solo side project from Jackson Scovel, who you may know as the brains behind Astroskeleton (hence why it’s being featured on Astroskeleton’s bandcamp). When comparing Jackson’s solo music to his Astroskeleton work, it’s completely different in terms of atmosphere & genre. Instead of being around the areas of Space Rock & skateboarding, Jackson’s Quieting, is more post-rock instrumental, both quiet mellow & relaxing, around the areas of dreampop & shoegaze. It’s features some rather chilled beats from a drum machine as well as some bright keys to complete the mix.

Driftwood is a prime example of what of I cited before, containing some really chilled and dreamy guitar which melds perfectly with the keys, the envelope put on a slow burn as they open up. There’s not much in structure, but the atmosphere makes up for that, wrapping itself around with it’s almost perfect & sincere sounds.

Following on from that, we have Otters, which includes more chiptune, with keys more punchier. The guitar drones & harmonizes perfectly with the rest of the track, containing some nice almost spanish licks from the fretboard. Otters also includes some rather punchy bass, something most of the tracks don’t include.

Although these are just a couple of my picks of the album, Quieting is an instrumental piece, so you really have to listen to the whole thing (most of its songs are also short). But that makes Quieting the perfect purchase, especially if you’re looking to find an album which is progressive in nature. It’s use of instruments, for the keyboard to the drum machine & guitar are played expertly, crafting a perfect relaxing sound each time.