Skip to content
Before i start this review, I’d like to say the Superbyte compilation is coming smoothly as ever. The track listing is complete and hopefully next I’ll be putting it out on the internet for everyone to see. I’m really looking forward to kicking this one off!
Anyway onto the review! 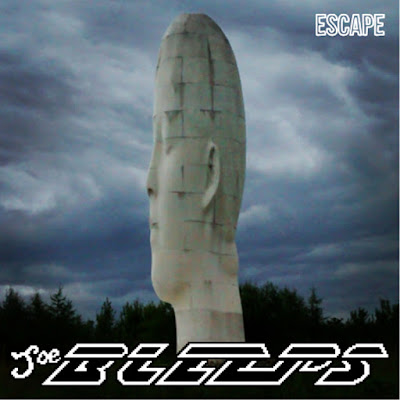 Joe Bleeps is part of the north western chiptune crew, based in the town St.Helens, near Liverpool. Joe is mostly known throughout the chiptune community as a wizard at electronics, and spends his time either fixing or creating new gameboys.

So it comes as no surprise that Joe is releasing his first chiptune album called, Escape. It was released as an double EP of sorts, as these songs show off Joe’s experimentation with LSDJ.

The first and best song of the album, Change your batteries, comes full swing right off the bat, with some fantastic melodic leads, bouncy bass and well thought out drums. Spoiler: this song will be featured on the superbyte compilation.

A lot of these songs show how much Joe has experimented with LSDJ, with such songs as Battle Charge which really shows how much he’s learnt about composing arpeggios. Others show what he learnt when first starting out on LSDJ.

The song, Escape however focusing more upon the progression of the blues scale, interesting departure from the previous songs. What makes this song unique is that a lot of the melodies are mini covers. You may hear most predominantly, the main riff of Take on me by Aha, something which made me laugh, but there are others as well, such as ZZtop’s, La Grange.

There are also a couple of small songs, such as Last Caress which are a delight to listen to.

The final song, majority of people will known extremely well, though albeit a mash up of songs from two entirely different films, (The Lego Movie and Star Wars)! It was definitely a laugh to listen to this much experimentation.

After listening to Escape, I found myself wanting to hear more songs like the final song, Everything is Awesome from Joe, perhaps some mash up of two songs you wouldn’t think would go together. I’ve seen stuff like this before and believe me goes down amazingly well. If you’ve heard of Rock Sugar, you’ll know what I mean.