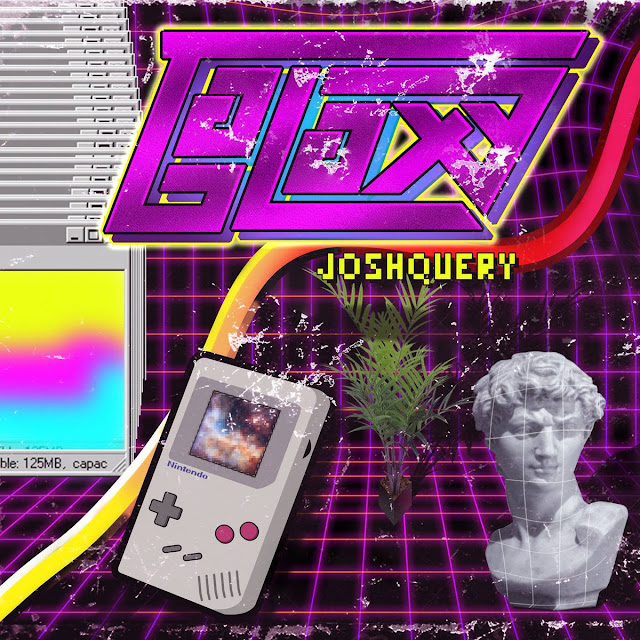 This album has been on my mind for a while, so I thought it best to do a review on it. ‘Galaxy’ is the debut album from ‘Joshquery’, an LSDJ chiptune artist hailing all the way from Mexico City. I’ve been following Josh for a while now, ever since I did a compilation review on chipwin and included is stella track, ‘Space Shuttle’. It is also featured on ‘Galaxy’.

This track still holds up as one of his best songs of the album in my honest opinion. The whole song is solid from start to finish, with it’s structure being particularly good, due to it’s repetition. I think the instruments are well created as well, with the bass & tone being brought out rather well through mish mash of music. It’s because of this why the addictive sound of the bass & kicks invade your ears.
Right from the second of ‘Shuttle’ you can tell Josh’s of choice style just listening to his music. He likes to include heavy selection of on techniques relating to hardcore techno & dubstep. You can hear this throughout a number of his tracks, but what stands out the most is, ‘Prismatic Processing’. It’s a collaborative featuring on of my favourite chiptune artists, Chema64.

Immediately from the start of the track, you can tell Chema is featured on this song; his style is so evident that it couldn’t hit your ears anymore clearer! From listening to the track, it seems that Chema handled the leads and Josh worked on the rhythm, drums and bass. The noodling leads that arpeggios weaving within each other are clear trope off Chema’s style, where as thumping beat, complete with good sounding samples, is Josh’s. That’s actually one of Joshquery’s strengths in his music. He can always find a way to make a good beat, and is something I think he should stick to focusing on.

The majority of galaxy is a good album, but I think Josh released far too many tracks, and a lot of them I’d heard before on his soundcloud ages ago. In the future I think he should release a few tracks, but keep the ones he’s really proud for an EP. That way he’ll always knock us dead with new stuff!

That said though, there are A LOT good techniques in his music, that he should be proud of. I’m looking forward to the next album, I’m sure it’ll be good!

I’ve just released a track called, ‘Through The Hyperloop from my new ep, ‘E-numbers’ releasing February 3rd. Listen to it here: