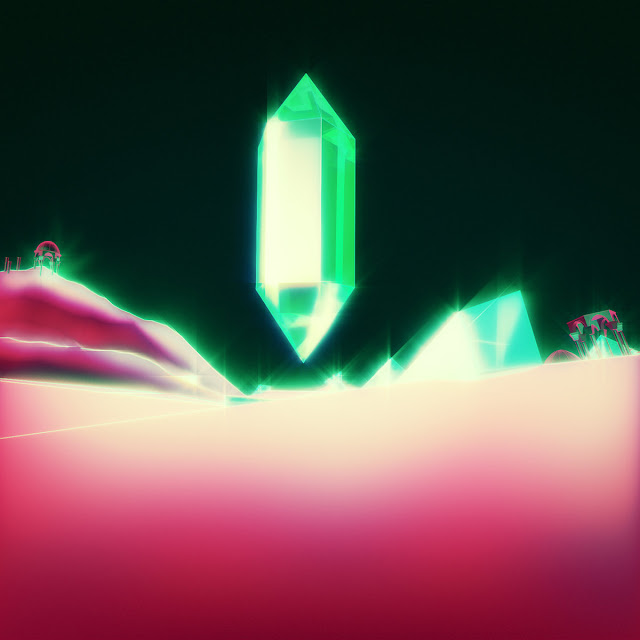 No new music today, instead I wanted to go and revisit some of the old stuff I have lurking on my bandcamp collection. I decided to pick out ‘Knife City’s Precious Jewel’. It was one of the first EPs I bought before I started blogging and the sound produced was astoundingly crazy.

‘Knife City’ is the side project by ‘Luke Silas’, the drummer of ‘Anamanaguchi‘ and is always active, creating all kinds of sweet tunes on soundcloud. A lot of his music is created using the standard gameboy (quoted from bandcamp; the same one he’s used since he was 5), but recently he’s used other means.

The best place to start is with the opening title track, ‘Precious Jewel’ and is actually the softest song off the album! It holds a variety of different styles throughout its sequence, from drum and bass with its kinetic beats, to some glitchy dubstep going on there. There are even some sweet melodies to admire, masterfully created and sequenced between the dirty sounds of dubstep & glitch. If you can’t get enough of this track, check out Sabrepulse’s remix at the end. It pushes Precious Jewel even more into the realms of Drum & Bass.

If you’re looking for something even more harder (remember I did say Precious Jewel was the softest song of the album), then listen to ‘Poison Flower’. I honestly don’t think throughout my time listening to chiptune music, nothing has topped Poison Flower as being the heaviest track I’ve heard (IAYD did come close). The calm opening tricks & hooks you in, with a melodic build, until at 1:25, it descends into chipstep glitch madness and sending the track into god damned overdrive. It’s extremely fresh however making something completely new & incredibly unique in chipscene.

Knife City’s Precious Jewel is an album that every chip musician should listen to, including the remixes, which are all done by musicians that are experts in their craft! However we probably won’t get some heavy chipmusic like this anytime soon sadly with Luke spending time with Anamanaguchi projects & IAYD leaving the chipscene. But who knows, perhaps we’ll see something towards the end of the year?