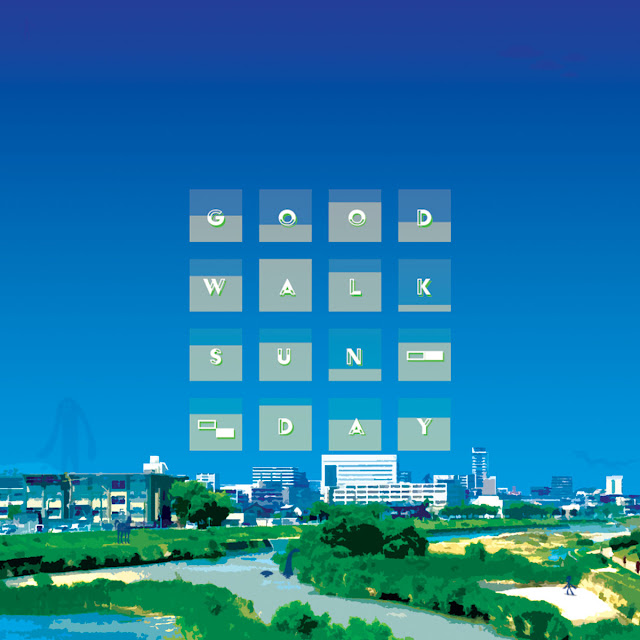 Last week I decided to take a break and put all my efforts into my chipwin submission. I doubt it’ll get excepted but fingers crossed anyway. Today I’m reviewing ‘Good Walk Sunday’ by Maru303 (and released via ‘Scaffolder Recordings’), an artist who resides all the way in Japan and has been making chiptune music for over 5 years (according to soundcloud).

I first came across ‘Maru303’ & ‘Good Walk Sunday’, when I was had one of my usual bandcamp marathons; wading through dozens of chiptune albums, trying to find something that catches my ear. What drew me to ‘Good Walk Sunday’, was the fact Maru had decided to use the Nanoloop App on their phone, rather rely on LSDJ as most people generally do. Since getting into making music on Nanoloop, I’ve been trying to find more tunes made on it. So finding out ‘Good Walk Sunday’ had been made using Nanoloop, really enticed me to give it a listen.
Right off from the bat, you can immediately tell that ‘Good Walk Sunday’ is one of those albums, that are meant to be chilled out to.
The opening track, ‘Day Chime’ starts with some lovely & relaxing melodic synth, ringing out and almost sound like a chime clock (it is called, ‘Day Chime’ after all). Although it feels rather minimalistic, ‘Day Chime’ is anything but. Relying on each to sound & instrument to create a soundcape, with some parts, such as the PWM synth slowly floating underneath, then filtering out into silence. Certain sounds have been created in Nanoloop perfectly; for example, one sound at ‘2:08’ really sounded like an old sitar being played. This alone really made that part of ‘Day Chime’.
Whilst ‘Day Chime’ is a fantastic opening track to start from, I feel ‘Good Walk Sunday’ really comes into it’s own element further down its track list. That’s not say any of its tracks are bad, but I feel ‘Maru’ starts to get more progressive as the album drives on, relying less on melodies and the cutesy aspect that are found in ‘Day Chime’.

Tracks like ‘Long Far’ really show off ‘Maru’s’ willingness to experiment with nanoloop, and not remain comfortable in one pattern. Maru also seems to try and create more soundscapes, by melding certain sounds together, making an effect almost similar to what you get from ‘Bi-aural Beats’. Just listening to ‘Long Far’ for a few minutes can cause you to go into a trance and become incredibly chilled.

‘Good Walk Sunday’ was a very nice & refreshing album to come across this year. Through its reliance on melody & soundscaping, ‘Maru303’ really shows what Nanoloop is truly capable of. Although ‘Good Walk Sunday’ was incredibly chilled out, there were a lot of unique sounds to hear & listen to, and will keep you glued to from start to finish.