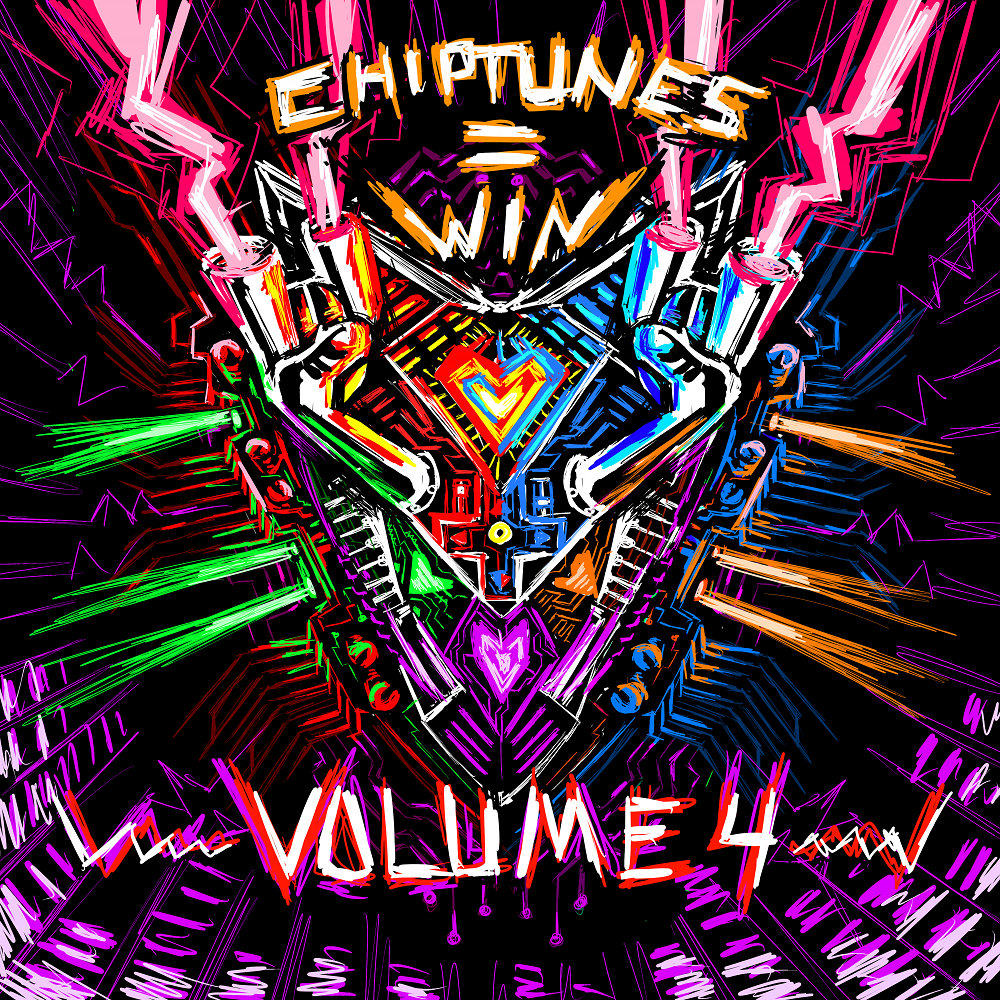 I’m sure the majority of you all have been listening to Chiptunes = Win’s latest compilation and its a huge one, with a total of 50 different songs to choose from. I really wanted to review this, considering its so huge for chiptune, however, I couldn’t write about each song, or else nothing would get done.

So I’ve decided that I’ll write about my top 12 favourite tracks of the compilation. Why not 10 you say? Well it was extremely hard to cut down to 12 nevermind 10! Before you read on, this is just my opinion, so don’t get angry if your favourite tune isn’t there. We all love different kinds of music!

Straight into listening and the first song is a particularly epic song. Fark’s Kalle Kanonkule uses fantastic dancy melodies as well beautiful piano at the beginning. It is also a great song to kick off the compilation and I’m sure a lot of you have this as your favourite.

The third song off the compilation kicks off as an epic happy rave, enough to make even the most saddest person get up and start doing a jig. It makes me think of the whole soundtrack to Kirkby, especially the arp at the end.

Straight after x Critical Strike x is a brilliant EDM tune with perfect build up to what continues to an ace riff. Out of all fifty songs, this is probably the most dancy song and will have nodding your head to the beat, even if you don’t realise!

Another unique tune which puts together fantastic chilled out synth, washed out vocals and some punchy chiptune. It also takes some inspiration from such chilled bands as, Disasterpeace as well as the indie electro bands like, Superhumanoids.

As soon as your ears catch this song, you’ll love the mash up of chiptune and guitar. Both are balanced and written that none hog the soundwaves. You’ll also find yourself comparing Asleep Droid to a more rooted and early form of Anamanaguchi (specifically its scott pilgrim soundtrack days).

Monomer’s style wasn’t a big surprise to me, as I’ve heard his music before, with his latest EP, Labyrinth. A fantastic song and you’ll find a lot of heavy production went into Lexicon (as does a lot of Monomers songs). You’ll also hear some influence from certain genres as Synth and Retrowave.

Chronowolf puts a lot of effort into his music, and Singularity is no exception. The song is a mesmerizing ride of leads and drums changing up and breaking down through some epic pieces. Perfectly describes singularity through sound alone.

Another song influenced through the synthwave genre. Adventure at silly Venture is a great song which stands out from everything else chiptune, taking rhythm as its main weapon throughout. The fat bass is also a brilliant addition.

I love the cold and quiet wave drums in this subtle tune. Corridor of Blades is a nice song which doesn’t rely tried and tested structures but writes its own using only abstract sounds made from sid and shimmering, heavily reverbed arps.

If you’ve played Shovel Knight you’ll instantly find Willrock’s Sand Castle awesome. The melodies, drums and crazy noodling from the leads are all brilliant, with the music style throwing back to those NES days. One of my favourites on the compilation from the sheer effort on the leads alone.

This song is probably the most heaviest song on the compilation, with its opening bringing some hard hitting drumming and dirty bass. The drumming is also probably the best you’ll listen to, and gets even more crazier towards the end of the song.

12. umeboshi chazuke – We are knights of potato field

The final song of the compilation and fantastic song to end on, We are the knights of potato field is an epic track filled with crazy fast leads and brilliant guitar to push it forward. It’s also a nice throwback to Chiptunes = win’s prior compilation on St.Patricks Day.

So there you have it, 12 utter brilliant songs from Chiptunes – Win. I hope you liked listening to it as much as I did. Till next week 🙂