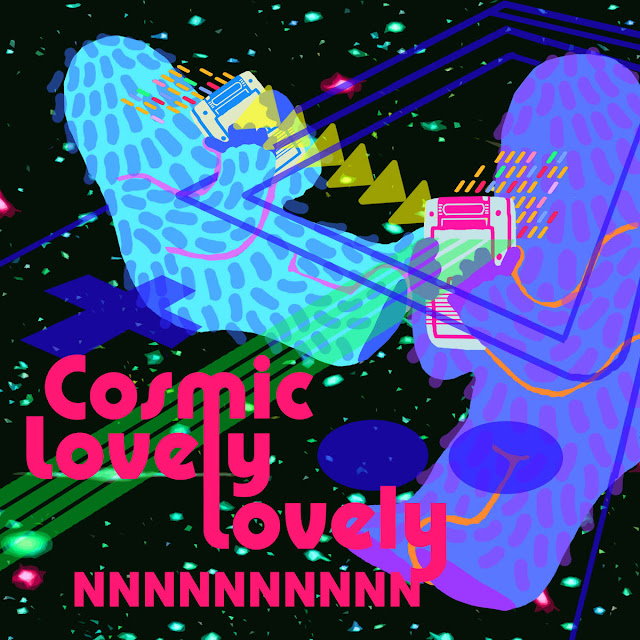 This week instead of listening to the new releases I’ve got lined up, I thought I’d go back into the past and dig up something 2012 instead. I’ve been a big fan on ‘NNNNNNNNNN’ ever since seeing him play Calmdownkidda’s ‘ChipFest’, his dubstep style was extremely polished. ‘Cosmic Lovely Lovely’ was NNNNNNNNNN’s first album and immediately you could tell there was something promising. All tracks show a full array of tricks & techniques, however one track that shines the most of the album is the heavy as fuck, ‘Wanker Harder’.

It is an excellent song about how someone can put heavy dubstep into 8bit form. ‘Wanker Harder’ instantly begins with a heavy riff right off the bat, immediately showing NNNNNNNNNN’s talent with the WAV channel. We then go to a light melody, something ‘NNNNNNNNNN’ likes to put into a lot of his tracks. The style resembles an odd likeness to that of a punchy, jazzy piano due it’s tightness and rhythmic nature. It then builds further, getting more and more until the crescendo peak, where we hear the ominous, gritty voice of WAV channel, ferociously pounding both the left and right speakers.

So much can be heard going on during this time, it is hard to believe that this was single handedly created on one gameboy. Both the wav and pulse channels are used to their fullest potential, the woops and wamps crafted and played so rhythmically that they flow perfectly between one another.

‘Wanker Harder’ is a rare example of taking a genre outside of chiptune and giving it the 8-bit treatment. Although there is some chipstep/dubstep songs I have heard, nothing comes close to NNNNNNNNNN’s take on the genre.

‘Cosmic Lovely Lovely’ was NNNNNNNNNN’s first release, however it immediately showed full potential and is a must listen to anyone in the chiptune community. Here’s to hoping he releases more material soon!