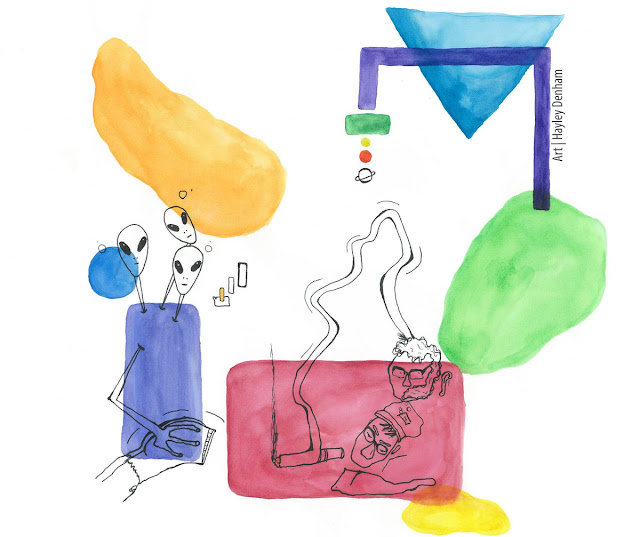 ‘Shadynasty’ is one of the few chiprock bands who brought such a raw style to the chipscene, and unfortunately didn’t get the recognition they solely deserved. So it’s my deepest regret that they have decided to call it quits with the latest release, ‘poetically’ named ‘$hadynasty is dead’.

Hailing from Sarasota, Florida, Shadynasty (pretty sure it’s pronounced ‘Shady-Nasty’, a throwback to ‘It’s always sunny in philly’) started out back in December 2013, releasing ‘Unpleasant Shade’. Unlike most chiprocks band, Shadynasty always felt very DIY; just a few guys making music, not taking things seriously, something I could definitely relate to.
Getting back to ‘$hadynasty is dead’, although its their final release from the band, the sound & production is vastly different to what they did in their first album, Unpleasant Shade.
‘Rip’ starts off the album as being a fantastic introduction, to what is a great send off to their work. The track builds up quickly from the get-go, going into explosive part with every instrument fighting against each other. At ‘1.24’ Rip changes into a relaxing riff, reminiscent of certain raw & edgy bands such as, Pavement. Rip, is a great intro song which both panders to chiptune as well as the college rock crowd.

Moving on from the track, Rip, ‘Momonosuke’ is a song which further lifts spirits with its brilliant use of LSDJ riffs and raw, jangley guitar underneath. It starts off slow with both gameboy & guitar playing off against each other until the track reaches a crescendo, using a fantastic hook to quicken the pace. There are also some excellent sequences running throughout, with the bridge especially in which the guitar takes over and the gameboy plays underneath, allowing for a experimentation from the band members.

A lot the tracks off ‘$hadynasty is dead’ are produced awesomely, however the best track has to be ‘Shohuku Bicycle Club’. Prior to the release of the album, it was featured on Play it Loud’s annual compilation, ‘Let’s do our best’ as the first track you listened to, and for good reason. It immediately goes into a catchy lead from the gameboy, whilst the guitars play off of each other. The track also radiates energy from it’s rolling drums, to the splendid decisions to use high pitched leads, which scream out above the rest of the melting pot of sound!

Truely ‘$hadynasty is dead’ contains the bands best work from the few years they’ve been playing. It’s just a shame that the party has to be over now.