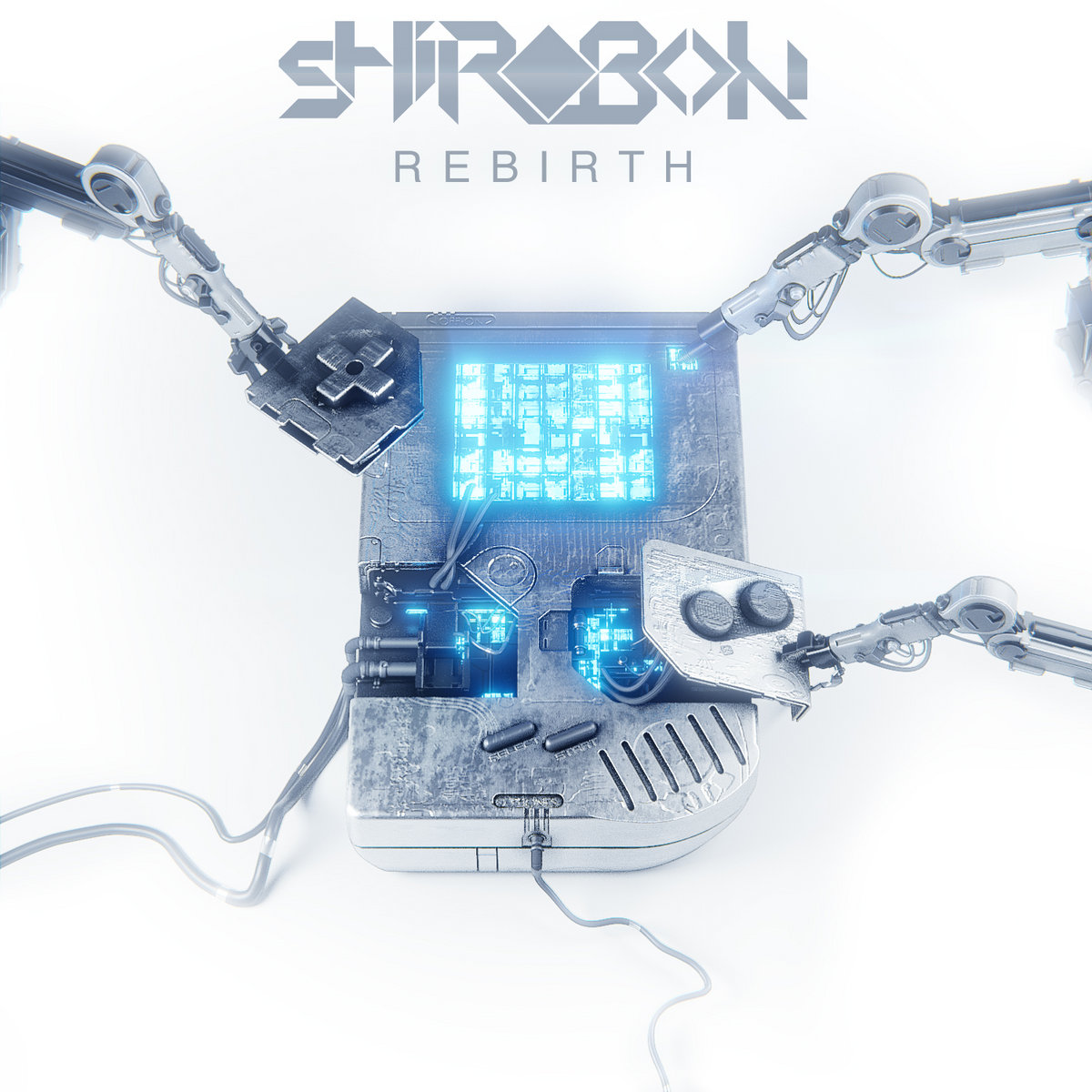 It’s been a while since I reviewed a Shirobon album. I absolutely loved ‘Arcade Dream’ as well as ‘Infinity’ and ‘Dimensions’. However I’m ashamed to say I kinda lost of track of any further releases after. That said I am finally back onboard with the release of his latest album, ‘Rebirth’. Hailing from London, UK, Shirobon has been part of the chiptune scene for over a decade, managing to cultivate a huge audience long the way. Though popular throughout chiptune and electronic music, Shirobon is still very connected to his roots, being active in the community and hosting chiptune events such as, ‘Hyperwave’. This is hugely commendable and deserves a lot of respect.

Getting back to ‘Rebirth’, the whole idea of the album is for Shirobon to return to basics and producing something in LSDJ (with a little help from Serum in tracks 1 and 4). The result is something quite raw and really shows prowess and talent. Shirobon really utilises LSDJ to its maximum potential, creating a bunch of eclectic tracks in his own style.

A good example of this can be heard in the last track, ‘Vectors’ as it utilises all the channels of LSDJ, relying on sonics and focussing on what needs to heard. The unique style of Shirobon is another one of ‘Vectors’ strength, as it really helps with melodies become addictive and groovy. Whilst this track shows off Shirobon’s style beautifully, I must say that the rest of the release was an excellent listen too.

‘Rebirth’ is a great return to form for ‘Shirobon’ and leaves us further guessing what’s in store from him in the future.