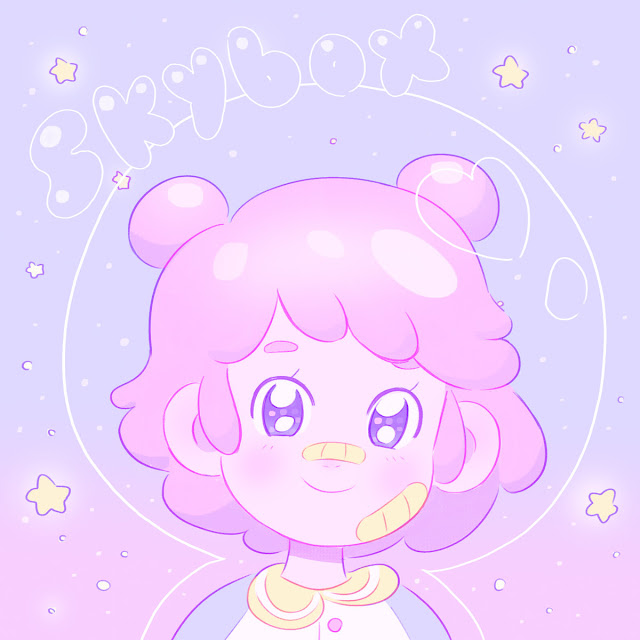 ‘Stardust’ (released through ‘Madmilky Records’) is the latest album from musician, ‘Skybox’ (formerly ‘Shoujo Kiss‘) and has been creating chiptune music for the over 3 years (cite -soundcloud). Hailing from Kansas City, Skybox’s weapon of choice is the lowly gameboy, relying on LSDJ, to produce love stricken powerpop songs. Following on from that, here’s the synopsis of Stardust and a good look at some of tracks off the album.

The life is on high throughout ‘Stardust’, and just listening to the opening title track, you can really feel this. It opens up immediately riding on some high octane energy, bouncing around with its bass & pulsey leads. It’s extremely funky and reminds me of X Critical Strike’s X music as well as a lot of Kirby. I wouldn’t say it’s the best song off the album however, but it does give you a great of things to come throughout the album.

The next track, ‘Aether’ follows on from Stardust and is a fantastic collaboration, between Skybox & ‘Tobokegao‘, another avid chiptune artist from japan. Needless to say, both artists work together really well, with Tobokegao’s style fitting in beautifully. The main lead is featured countlessly is great hook to entice you into each bit of the song, which then further leads to some proper amazing solos, especially at ‘1.22’. This is a huge strength that makes Aether shine above the rest (Slime girls, even creates a cracking remix, so that must say something).

Although every track off Stardust is full to the brim with energy, the 5th track, ‘Sky Runner’ is literally one song which is ‘boiling over with life’. It starts off with some seriously wet square waves whilst the the clicking beat of the pulse channel adds further ‘umph’ to the track. At ‘0.45’ it reaches a huge crescendo, from where Sky Runner descends into madness, kicking the pulse kick into complete overdrive & quickening the pace of the song. The leads throughout are good, but what sets Sky Runner out from the rest is the drumming fill sequence at ‘2.15’, which features some great use of drum samples & variety of different sounds. It also feels like a great breakdown that mixes things up and gives a bit of variety to an already creative tune.

Skybox’s Stardust was a fun little album to listen to with so much heart, passionate & energy pouring from itself. It feels like Skybox was in his element when lending his creativity to create a one album that is full of life.