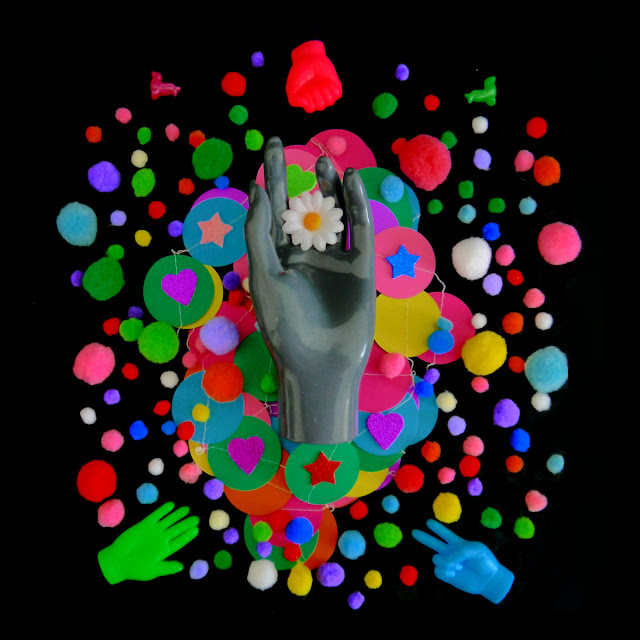 This week we’re looking at the latest album from the London based hyperpop artist, ‘Space Candy’. I first found out about Space Candy when they released their first album, ‘Forest’ with ‘DeskPop’ last year. Whilst the consistent changes in ‘Forest’ through the beats & grooves threw me off a little, it wasn’t until ‘Space Candy’ played ‘Chip Bit Day 17’ and showed off their unique & and hectic style in amazing form. I was blown away at how solid their set was as well as how cheeky the style was.

Fast forward a few months down the line and ‘Space Candy has released their 2nd album, ‘Soft Circles’ (released again with ‘Deskpop’) and for me it’s a huge step up from their previous album, ‘Forest’.

I kick this review off with the opening track, ‘Enchanted Textural’, and is a perfect song to begin an album with. It immediately kicks off with a heart pounding beat, whilst a flourish of claps & bent-like effects roll off fantastically together, with a signature hard saw-like riff acting as the hook and go between link. I feel ‘Enchanted Textural’ is a stronger than any of the tracks from ‘Forest’, mainly due to there being a sense of repetition and similarity in the samples & sounds that are used. It also helps that there being a solid groove & beat that’s easily addictive to dance to.

The same can be next pick track, ‘Bloop Arms’ which actively tries to be dancey as hell. Albeit shorter than my first pick, I found the arpeggios at the beginning mesmerising, and as soon as the track hits the 25 second mark, I feel they come into their style, complimented with a simple yet heart pounding beat. ‘Space Candy’ then changes up it yet again by adding a upbeat, going into a hugely funky bassline. It then ends in what is the general way to finish final tracks of album; with a slow, soft & sublime outro with warm, soothing keys. What I liked about ‘Bloop Arms’ is mainly down to ‘Space Candy’ making everything work with the beat. The arpeggio, bassline & even samples melded wonderfully with groove, with nothing was changed too much with the rhythm.

In terms of direction, ‘Soft Circles’ is completely different when compared to ‘Space Candy’s’ previous album. ‘Forest’ felt more experimental in its use of grooves & rhythm, but ‘Soft Circles’ feels more accessible as an album, with the beat easier to pick up. ‘Soft Circles’ is a welcome addition to my long Bandcamp catalogue and I look forward to they bring next time.