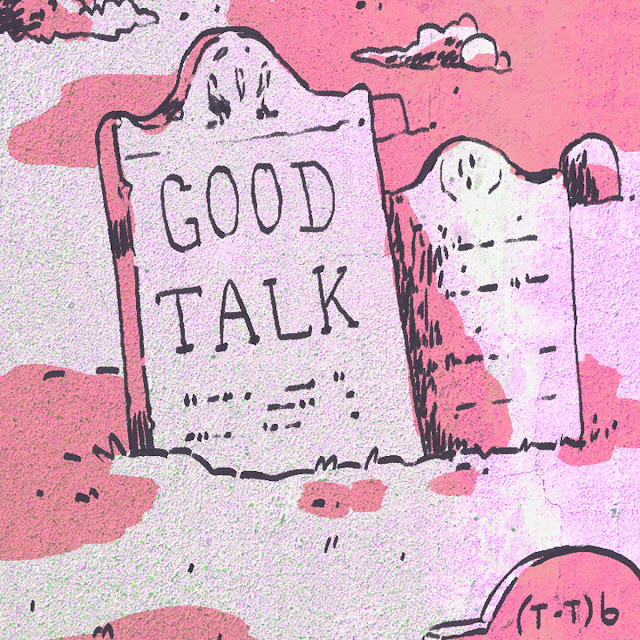 I hope everybody had fun at Chip Bit Day last week, because I certainly did! But anyway back onto the weekly chiptune reviews, and do I have a lot to catch up on. This week is on the progressively fun yet chilled album, ‘Good Talk’ by Boston based band, ‘(T-T)b’. This their 2nd album since last year with prior album, ‘Pizza Planet’.

Getting straight into the mix of things, Good Talk opens up with the spacey vibes of ‘Nova’ which serves as a soulful introduction to (T-T)b and their music. Although it doesn’t totally serve as a great explanation, with the drums, bass & guitar absent, it has a nice melody as well as a beautiful arpeggio, both working together fantastically.

although Nova is a light & charming introduction, things are kicked up a notch with the third track, ‘Total Vacation’, first featured on the ‘Play it Loud’ compilation. It starts with a banging introduction, the melody of the game providing quite the kick whilst the drums, guitar & bass further bolster the punch, with the constant hit of the snare really helping to ‘drum’ up the energy! Towards the end Total Vacation is brought into a breakdown, where it lets the track breathe and end of a great, relaxing note. A perfect punch to a progressive album.

There are many other fantastic songs off Good Talk; from ‘Slurred Words’, which contains contains echoey vocals, to Slimers which a totally sweet tune to lounge around to. However the track which peaked my interests was ‘Big Crate / Red Tag’, as it’s a song which features some of the best melodies off the album. It also contains a beautiful balance of a relaxing but moderate beat, with the guitar following, strummed in a muted fashion. ‘Big Crate / Red Tag’ feels like something magical is being made and we’re ultimately entering a new world.

Good Talk by (T-T)b is another great album for the year and is a fresh take on blending alternative rock with chiptune music. It’s both relaxing but splendidly melodic.