This is literally my first song I have finished creating chiptune and I’m totally hyped with starting the next one. Now comes the task of Mastering it and making sure everything sounds great. And what better to do that than with Virus Empire’s EP, Oscillate Assimilate in background.

A few weeks ago I received a free token containing a free download from him at Tokyo Chipped, so I thought I’d respond in kind. The Virus Empire is the stage name of Jake Watts, who resides in Gloucester, creating retro beats using a gameboy. However what makes him unique is his use of Ableton Live, using the launch pad to play each song with ease. I’d seen Virus Empire twice already, before finally getting round to listening to his music properly, and I can say it was a treat.

As I soon as I started listening to the EP, the gritty sound hits you instantly, with the first song, Ice Cream Sandwiches, getting things started quickly. From this song you can tell that Virus favours the gritty styles of gameboys, just like Chipzel. Aside from that however, the two are unique in their own ways, with Virus Empire focusing on synth pop melodies, rather just pure rave.

This can be seen key songs such as, Virus’ rendition of Human League’s, Don’t You Want Me, or the fast paced, Meteor which is by far my favourite song on the EP!

Midnight Rush is another great track, focusing more on the noisy drum beats. This track reminded me a great deal of Chipzel with it’s manic beats as well as the vastly amped rave.

If that’s not enough, he’s even done his own cover of IT Crowd’s theme song, and god damn, is it a good one.

I admit I actually hadn’t gone in with the highest expectation’s. So see, I generally don’t listen to pure sid music, so when Virus’ EP came and proved me wrong, he did in fucking style! I’ll mostly likely be picking up another one of his EP’s later, so watch this space for another review of his music.

P.S. Last Weekend me and a mate went all the way from Manchester to London to see Hyperwave Records’ Launch Party, started off by Shirobon. We saw some class acts; PROTODOME, Henry Homesweet, Sabrepulse, Chipzel and finally Shirobon himself. It was absolute class weekend and I can’t wait to go again. I’ll be doing another post on this later in the week, with a shit ton of pictures  show off! 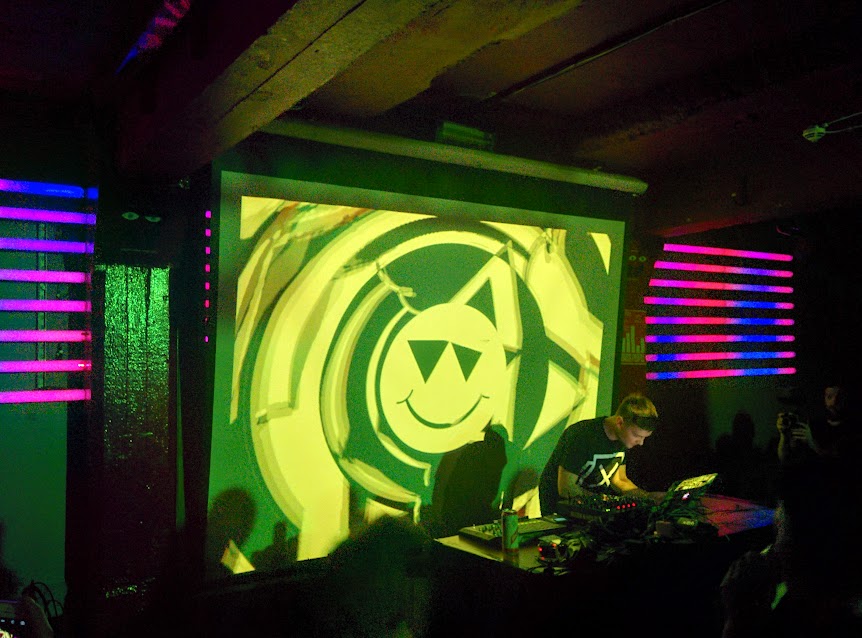