Skip to content
This week Tokyo Chipped came out of no where, but couldn’t come at a better time for me and chiptune, due to having a week off from work.

But before I go, let me talk about what’s coming Today I will be going back onto Gameface with the brilliant Graeme to feature the latest the chiptunes I’ve found over this past month. Below You’ll find the official set list:

Anyway, as I said, Tokyo Chipped came out of no where, and I had to quickly get the gang together to head to Fab Cafe. This time the newest musicans playing were, J3WEL (based in Southampton) & HARLEYLIKESMUSIC (based in Sheffield).
Although I came during the showing of Studio Ghibli’s, Laputa: Castle in the Sky, I was luckily to get interview both of them, whom were fantastic to talk to and gave a great insight on how to get into the chiptune scene.
J3WEL’S INTERVIEW 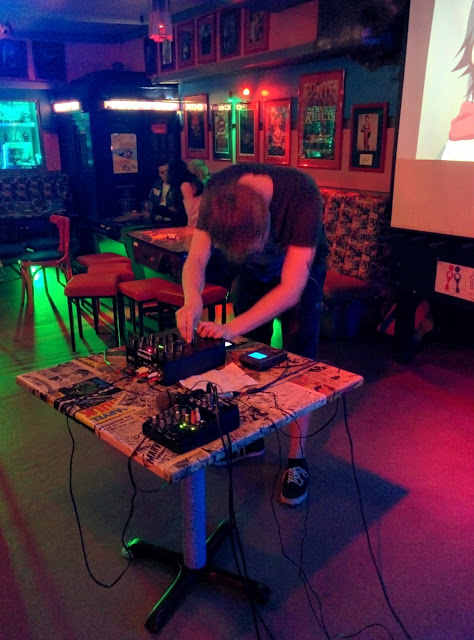 Me: How did you get into chiptune music?
J3WEL: I got into chiptune music when I started really listening to Sabrepulse and Knife City. After a while, I started getting into more artists such as, PROTODOME, and eventually I decided I wanted to make chipmusic, so I slowly began getting all the gear and gameboys.
ME: What sort of consoles do you work with for your music?
J3WEL: I solely use modded Nintendo Gameboys along with a Micro Brute.
ME: Finally what is your favourite old school pixel game?
J3WEL: Oh, that’s definitely Dragon Warrior Monsters. It was a branch off from the old Dragon Quest series, and was more about capturing monsters and taming them, a bit like pokemon.
HARLEYLIKESMUSIC’S INTERVIEW 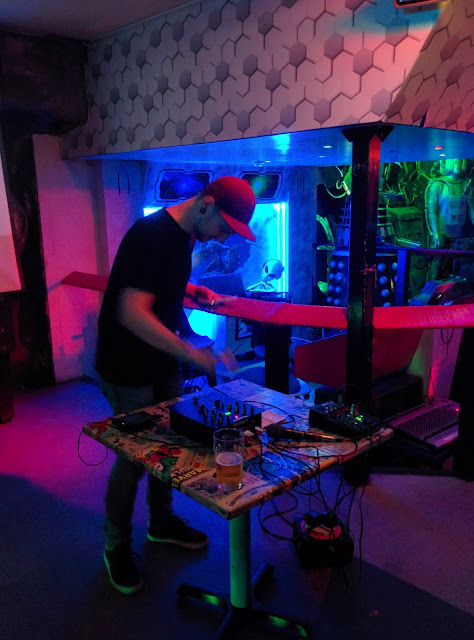 Me: How did you get into chiptune music?

Harley: Before I got into chiptune I used to play guitar, and whenever I tried to get a band together however, it generally fizzled out. In the end I gave up and instead decided to do electronic music and began to make it on a program tracker on my computer. During this time I found out about using Nintendo DS to make music and it worked out so well, especially for gigs. This snowballed out of control, and I found myself playings all over the world such as, Japan.

Me: How did manage to tour in Japan?

Harley: I just generally booked my flight tickets and flew to one gig in Kyoto, but I ended up doing a few others due to word of mouth getting across Japan. From then on I ended up going onto Australia due further word of mouth.

Me: Okay finally, what is your favourite old school game ever?

Harley: This is an extremely hard one to think of…I would say Dig Dug just down to its awesome sound track.

If you want to follow for more chip bit sid see below: