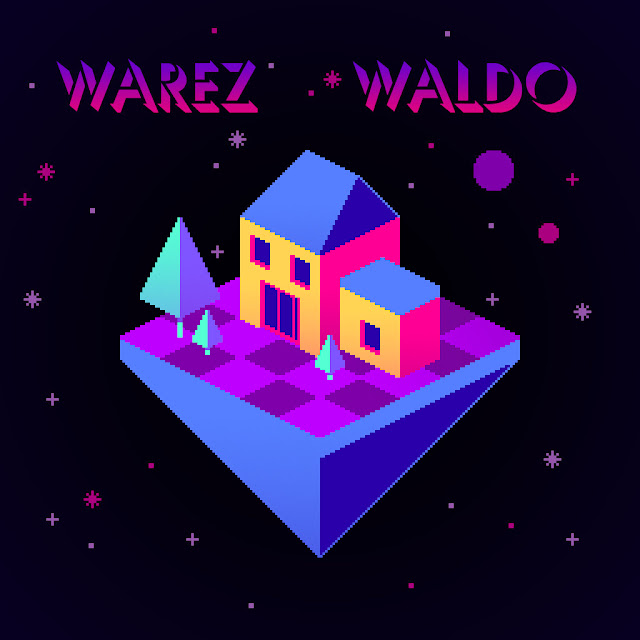 ‘Warez Waldo’ is an artist who mainly specialises in 16bit chipmusic. Dabbling in a variety different technologies, from ‘MS-DOS PCs’ to ‘Commodore 64s’, Warez Waldo’s main aspiration is to create music which throws back to the soundblaster 16 music, such as Sam & Max and Duke Nukem. His latest release, ‘Portable Sound System’, was entirely created using the ‘Yamaha PSS-680’, a portable keyboard from the 1980s, which uses FM Synth & PCM drums.

Warez Waldo starts his album with the weird & mystical track, Dream Sequencer, which begins with a rather psychedelic trumpet introduction. After just over 30 seconds however the weirdness is increased with the introduction of a kooky percussive instrument. The highlight of the Dream Sequencer for me is the bridge which brings a rather catchy tune into the mix. Not the best song off the album, but for me Dream Sequencer easily shows off the power of the Yamaha PSS-680 and 16bit music.

Although, the opening song doesn’t exactly hit the hardest, the 3rd track, ‘Rhythm Control’ however does, capturing exactly what the soundblaster music was like back in the 80s/90s. It’s funkiness also really helps, with the lead running up & down the scales.

The same can be said the next track, ‘Aquashock’ which is the most accessible track on the album, featuring an extremely catchy hook straight off the bat.

Portable Sound system finishes off the album with the last track, ‘In a Minute’ and the longest song, running at over 4 minutes. It’s completely different from the other tracks, instead building up the song with layers of instruments which compliment each other, such as the 16bit piano sequence. The bass is also relaxing running throughout the track and creating a chilled out mood.

After listening to the album plenty, Warez Waldo’s Portable Sound System has shown the power of the Yamaha PSS-680, and how the keyboard is better than the 16bit synth of the sega mega drive.