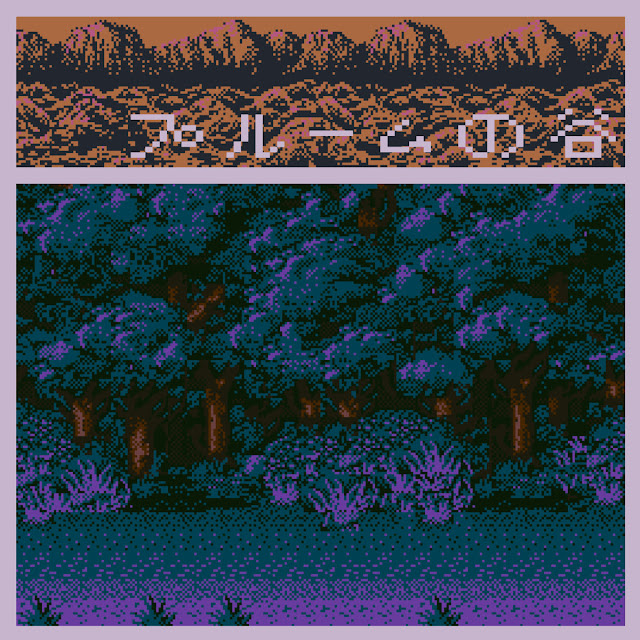 Here’s something that’s quite outside my usual means of music. Whilst not staple gameboy chiptune, the essence of the Snes is captured perfectly in soundfonts & midi, along with every aspect of chill & vaporwave. Windows彡96 is an experimental vaporwave artist from Sao Paulo and relentlessly makes electronic music whilst keeping it sounding fresh. I’ve been following Windows彡96 for a little while now, ever since I found some of their music on Business Casual. However, it’s because of their dabbling into the chiptune genre they got my attention, namely through the album, ‘Plume Valley’.

Getting straight into the review, the opening track, ‘Yujia Forest’, sums the entire style for what’s to come in ‘Plume Valley’; Soulful, Chilled out, Minimalistic but full of passion & wonder. It begins fantastically through the use of bright & tinny sounding drums, using some light delay, whilst whimsical keys are played underneath. That’s when the staple horns of vaporwave are played, but not as to rely on them too much (they are in the track for about 20 seconds. The minimalistic style is more focused upon, and is one that ‘Windows彡96’ achieves, building upon sounds & instruments strengths throughout. The only thing absent from the ‘Yujia Forest’ is the bass, which is used very sparing. This allows the song to flow freely, not allow a beat to form that would disrupt the mood.

Although ‘Yujia Forest’ was a great opening, The third track, ‘Kylin Forest’ is a more prominent, albeit only just a little. ‘Kylin Forest’ is different namely in Windows彡96’s creative use of drums, using a mixture of bright, hard snares & toms, as well as one electronic snare thrown in for good measure. The drums don’t just stop there though; ‘Windows彡96’ rolls out some killer fills as well, almost sounding like they’ve come straight out Phil Collins song, ‘In The Air Tonight’. Apart from the percussion, ‘Kylin Forest’ is also much more melodic in its leads & tune, utilising a variety of different instruments, from Peruvian Flutes to wet clavs. All in all, ‘Kylin Forest’ is an uplifting & spiritual song that out does ‘Yujia Forest’ in very aspect.

I found Plume Valley very enlightening and great addition to my bandcamp collection & probably one of the most chilled albums I have to date. Although I came across ‘Plume Valley’ by chance, it will be one of my go-to albums for my holiday to Japan next week!