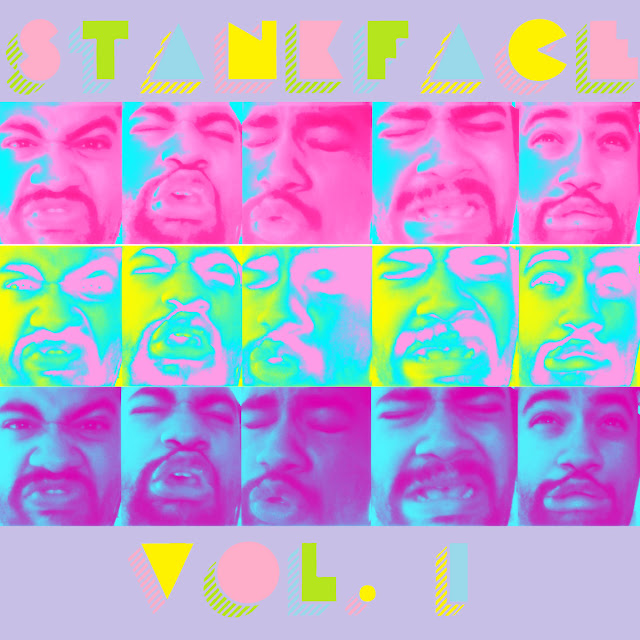 I’ve decided to move my reviews to Monday instead of Sunday. I just seem to have more time to focus when its Monday, so hopefully you guys like that as well! This weeks review is the incredibly short EP, ‘Stank Face Vol.1’, from the Synth artist known as, ‘Zantilla’ (Real Name: Adrian Shegstad). Prior to this, he’s racked up a few album, releasing a few of them on the net label, Ubiktune.

‘Stank Face’ is Zantilla’s response to the love & support from fans, after feeling disconnected from the chiptune community. It happens; sometimes we all feel unwanted, but if you have someone in the community who really supports what you do, it helps tremendously (I know, as I’ve been feeling this for the past year).

Getting into the review, the first track is an incredibly funky tune called, ‘The Jizzleknob Shuffle’, which includes fantastic melodies using funk fusion & punchy bass to kick things off. Straight from the get go, you can feel the sweetness of what is chiptune, as well through rawness of FM-synth. ‘Jizzleknob Shuffle’ is a short track, coming in at 2.05, but it makes up for the shortness by packing all of it’s well crafted solos & beautiful hook within the time. It also helps that the song grabs you from the very beginning.

The next song, ‘Gooey Groovy Baby Gravy’, is a more bouncy track, relying on it’s punchy bass line & snare, that thumps along with the jangley keys. The track really seems up to the groove way past 100%, coming out with leads that give ‘Tobokegao’s jazzy leads‘ a run for it’s money. This is especially  more true after half way in the song at ‘1.37’, when ‘Zantilla’ crunches out an epic solo, using all kinds of piano techniques, from staccato to vibrato. Even the bass get’s it’s own solo towards the end!

Zantillas’s music is utterly fantastic, it reminds me of PROTODOME’s music style, yet it seems to have more flash, due to the funkiness, fusion & passion put into the music (even if Zantilla’s passion for chiptune is wearing a little thin). This is the first time I’ve come across Zantilla, and I’ll no doubt be listening to his other music later on!