For the second interview we have our next big artist, coming all the way from Basel, Switzerland; STU. Electronic music producer and DJ, STU was born and raised in the hometown of LSD, Basel, Switzerland. Coloured by the sounds of vintage gear and home computers, his work is a highly energetic blend of various musical styles created within the hardware limitations of the Atari ST and its internal beep maker. STU focuses on the production of his handmade crunchy original sounds embedded into dancey arrangements, rather than perpetuating the stereotype of a Super Mario soundtrack.
http://stu.atari.org/
https://soundcloud.com/stu

1. Who are you, what is your artist name and where do you come from?
My name is Stu and I am from Basel, Switzerland.
2. What music do you make & what instruments/hardware/software do you use?
Chiptune, using an Atari ST computer with Musicmon Tracker / STj.
3. How did you get into the chiptune scene?
A friend of mine was involved into the organisation of a micromusic party in my hometown Basel back in 2001. We were performing live there together with Teamtendo, Rolemodel, Bodenstaendig 2000, FirestARTer and Psilodumputer. Bodenstaendig 2000 did a sort of presentation and live perfomance at the same time. They showed a tracker (running on an Atari ST) by projecting it on the wall. To me that was it, I was definitely ready to become a fulltime nerd back then.
4. How has your music evolved since then?
We started by sampling C64 stuff, but I was bored with it. I wanted the controls and the overview of the original sound, so I quickly got into tracking. To me chiptune has never been only about the sound aesthetics. I liked the idea of using primitive or let’s say limited technology for something else than it was meant for. That’s especially the case on the Atari ST, which has a MIDI interface on board, but only a quite cheap sound chip implemented. It means abusing it in a way, I wanted to make the chip ‘scream’ (don’t worry, I’m quite a nice guy in real life), so Chiprape has been one of my first ‘hits’ 😉 It still is in the ‘hall of fame’ on micromuisc.net today.
In my music, I focused on using heavy beats and more complex sounds rather than being very musical and getting squeeky solos done as it is the traditional style. So Musicmon by Dark Angel became my main tool, and the YM2149 sound chip of the Atari ST my main voice. This tracker has no command lines, using it is a bit weird, it’s really all about the sounds and samples and placing them. I’ve used other softwares and plattforms that I liked, also non-tracker programmes like Nanoloop and DAW’s like Ableton Live and of course a lot of hardware synthesizers due to my job. No matter what I use, I always try to implement a bit of emotion into my music and then roll it, shuffle it with a nice beat and crispy sounds. I recently became a dad and due to limited time I started making music on my phone, which allows me to use very short time slots in all kinds of places, I like that a lot.
5. Where have you played?
Mostly in many countries of Europe, I also did gigs in the USA, Russia and Japan, but never in the U.K. before! 🙂
6. What has been your favourite venue you’ve played at?
There are too many to name. Some that come to my mind right now are the Fortezza da Basso, an ancient building in Florence which was used during Festival della Creativita’ or an abandoned shooting range in Petrosawodsk / Russia with an insane sound system inside or a railway wagon in Stuttgart. More recenlty, I played at Macao in Milan, which used to be an auction house for dead animals.
7. Describe your music in one word (or emoji).
Eclectic
8. What’s been the highlight of your musical career?
Getting gig requests from oversea and exotic places like Russia and Japan.
9. What’s your favourite artist and song at the moment?
A few, I’m not going to mention all. Recently I’ve been listening to C-Jeff’s latest release as well as 505, Bit Shifter, Boaconstructor, Monodeer, Tri Angles, Kodek, Gesceap, 2A0X and a few more in the chiptune world.
10. What one piece of advice would you give to someone starting out in chiptune?
Get an overall idea of the different plattforms, their soundchips and softwares before diving into it. Never give up, you need to be a bit of a nerd I guess.
11. Favourite game soundtrack?
I’m not a big game freak, but I’ve listened to a lot of chiptunes, especially Chambers Of Shaolin by Mad Max (Jochen Hippel).
You’ll be able to catch STU at Chip Bit Day 19:
8:35pm, June 15th, Atma, 11 Stevenson Square, Manchester M1 1DB. 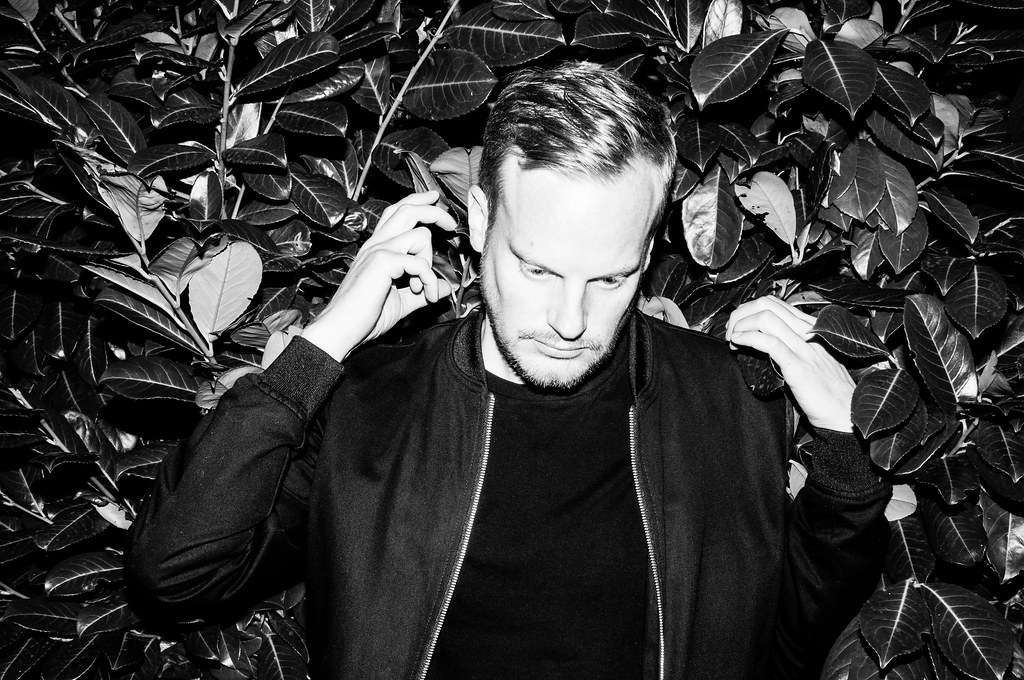 To kickstart this series of interviews for Chip Bit Day 19, let’s begin with our headliner, ‘Monodeer’. Monodeer is the alter ego of Dutch electronic musician Mark van den Heuvel, who combines his eternal love for 8-bit, hard hitting beats and basslines into inimitable live sets. Using two classic Nintendo Gameboys as instruments, he energetically explores, challenges and breaks through the pixelated boundaries of the micromusic scene. Monodeer’s own brand of heavy, noisy, lo-fi mastery will get you moving to the sounds of deep chip-bass and melodic hooks.

1. Who are you, what is your artist name and where do you come from?
Mark van den Heuvel a.k.a. Monodeer from ‘s-Hertogenbosch, The Netherlands.
2. What music do you make & what instruments/hardware/software do you use?

3. How did you get into the chiptune scene?
In 2008, I saw Dj Scotch Egg wrecking a stage on a huge festival in the Netherlands with a single Gameboy. It blew my mind! One day after I got home, I began to look online for ways to compose on the actual hardware and discovered the chip music scene. In the beginning of 2009, I got my hands on all the equipment I needed and started making chip music myself.
4. How has your music evolved since then?
At first, I started making more uplifting tunes because it felt like a natural start to explore the hardware and software. But since I always had an interest in moody melodies and bass music, I quickly began to make more deep and heavy tracks and see how far I could go.
5. Where have you played?
All over the world. From Tokyo, NYC, Moskow, Melbourne, Washington, Amsterdam, Rome and many more…
6. What has been your favourite venue you’ve played at?
Koenji High Tokyo (JP). Square Sounds Tokyo hosts their festivals there.
7. Describe your music in one word (or emoji).
◉__◉
8. What’s been the highlight of your musical career?
My collaboration with Mega Ran at MAGfest 2017 was great.
9. What’s your favourite artist and song at the moment?
Everything from Lorn. He is an American music producer who creates IDM music (Intelligent Dance Music).
10. What one piece of advice would you give to someone starting out in chiptune?
Make at least 100 songs first to find your own sound.
11. Favourite game soundtrack?
Metroid.
You’ll be able to catch Monodeer at Chip Bit Day 19:
9:35pm, June 15th, Atma, 11 Stevenson Square, Manchester M1 1DB. 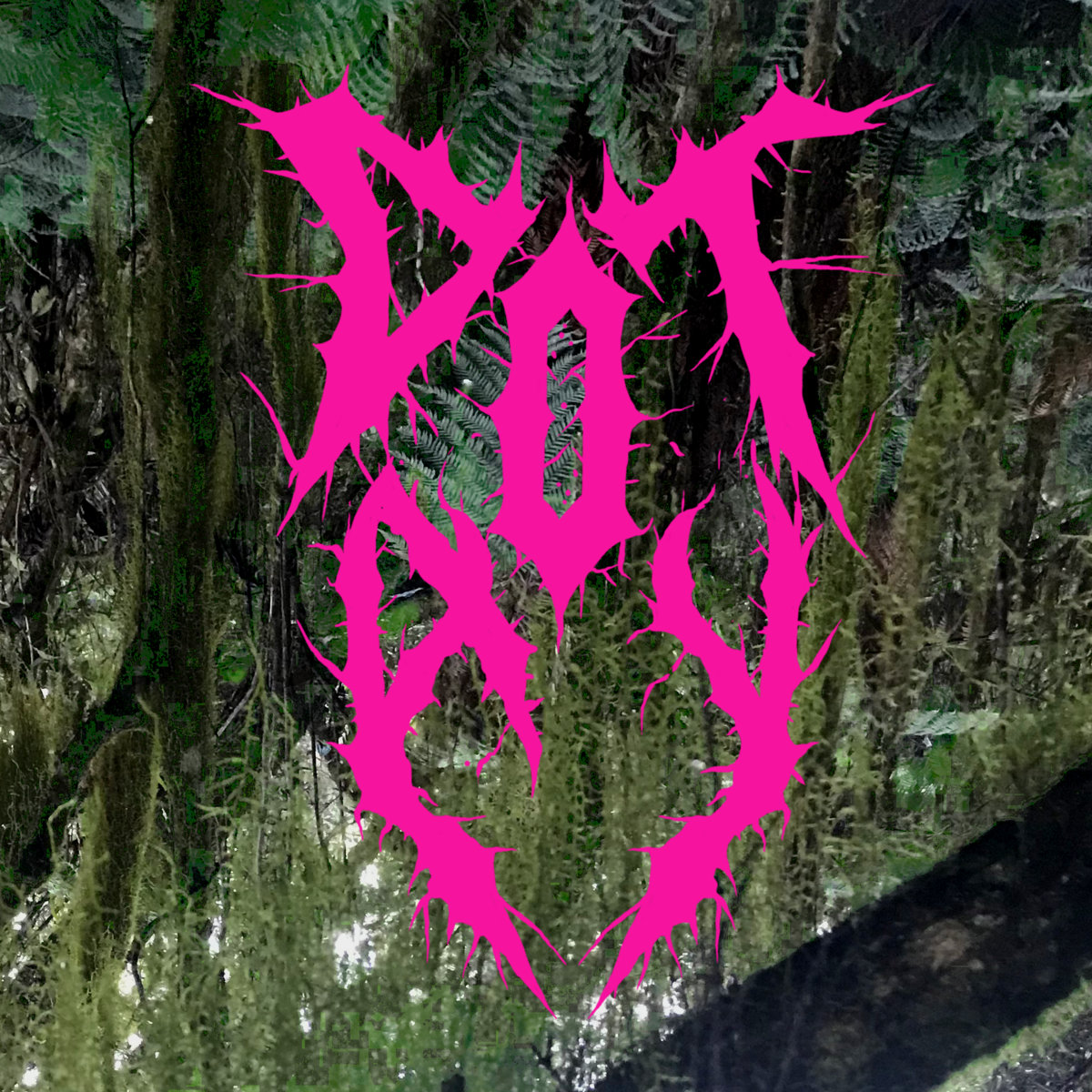 Another new artist coming onto my scene, ‘Dot.AY’ is a gameboy chiptuner from Melbourne, Australia. His new release is ‘You’re Better At This Than You Think’ was solely created to be performed at Square Sounds Toyko 2018. Whilst this is a unique way to go about creating an album, it’s ultimately how ‘Dot.AY’ went about recording it is more remarkable. Instead of going through the normal means of using a PC and a mixer, every song was recorded at an analogue studio and direct to tape! A unconventional way to record music, but it’s something that I don’t think has ever done in chiptune. To get a glimpse into how this was produced I’ve linked a video below:

Moving onto my the review, Dot.AY’s ‘You’re Better At This Than You Think’ is a quite devilish release. Whilst most chiptune music out of a gameboy is vibrant and melodic, this is the opposite. It’s instead deep, minimalistic & heavy.

It follows the drums, bass and rhythm primarily. This is evermore true in the song, ‘Vibraslop’. Throughout the run time of this track, the pulse channels are particularly controlled, with ‘Dot.AY’ opting to instead focus on the WAV channel for bass and drums. Samples are used as breaks quite regularly and really help in making the tone more diverse across the spectrum.

One more thing that is apparent is the fact of how minimalist ‘Vibraslop’ is. In fact the majority of ‘YBATTYT’ feels quite minimal, with a lot held back. This is actually quite unconventional for LSDJ, as normally there is a lot more going on. That is not a bad thing however, in fact it’s going against the wave which is certainly what more chiptuners should do! 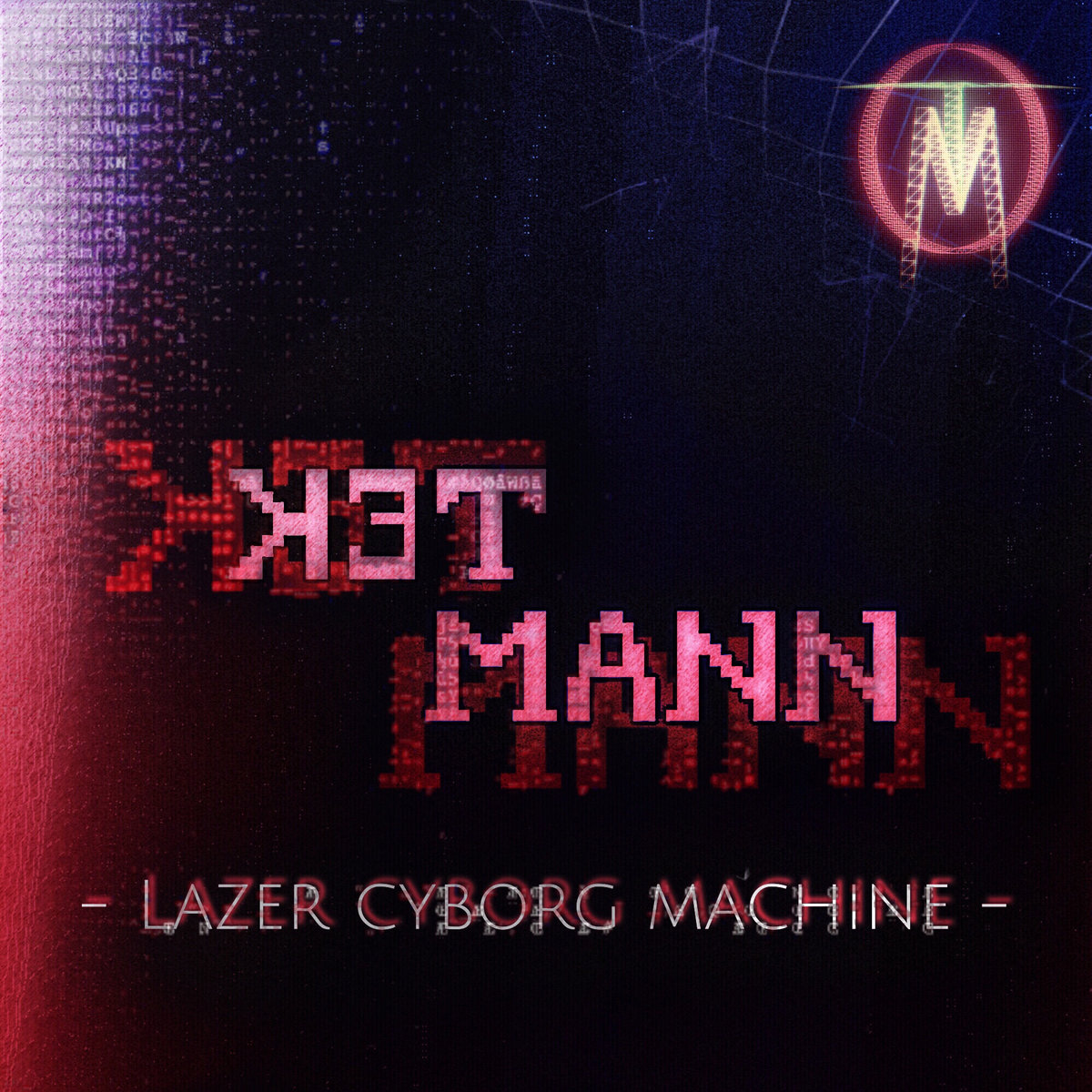 Here’s my first review of 2019 and it’s on Tekmann’s ‘Lazer Cyborg Machine EP’, officially released on new years day. I’ve had the pleasure of seeing Tekmann’s style live back during Chip Bit Day 2018, and needless to say its something that shouldn’t be missed. Tekmann’s method towards chiptune is a curious one, but a direction that is well received by everyone. Creating all his hardware pretty much himself (including his suit), it allows Tekmann to have an amazing stage presence as well as produce fantastic music.

From this point let’s springboard into my favourite track. ‘Lazer Destroyer’ off ‘Lazer Cyborg Machine EP’ is a raunchy & raw song. Whilst ‘Lazer Destroyer’ was created on LSDJ, Tekmann pushes the song further by utilising pitch & oscillation from modded gameboy he created himself. This allows for the song to changed on the fly, giving way for unexpected results, rather than playing the same song twice.

A funky track that utilises the same sequence but with different results, ‘Lazer Destroyer’ is a brilliant song that really defines the sound Tekmann makes. If you find the chance to watch Tekmann play live, don’t pass it up!