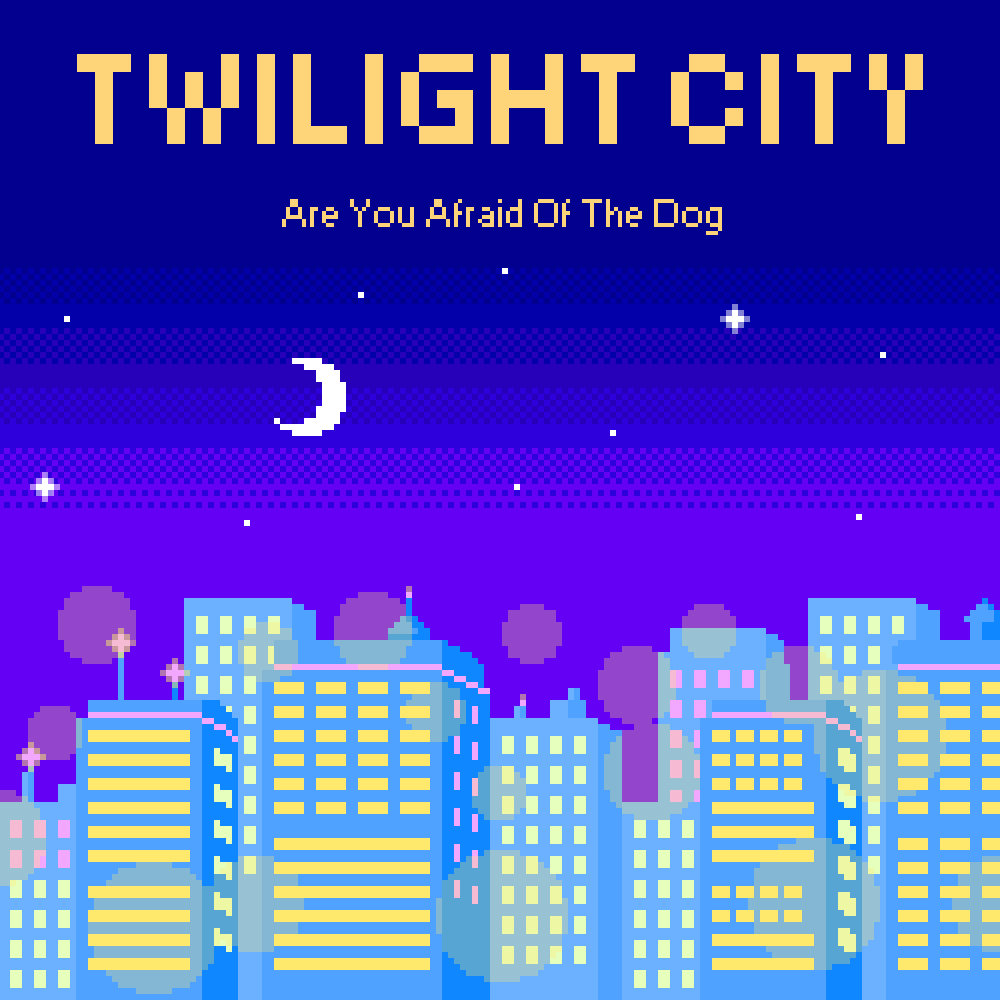 Twilight City is the first album created by artist, Are You Afraid Of The Dog (real name, Travis) and is based in Ottawa Canada. This is a lot different than most of the chiptune eps I generally review. What perked my interest mainly was that Twilight City was described as Conceptual album, a sort of sound track to one big idea. Other things which interested me was that Nintendocore had been a inspiration towards the sound.

Before I properly get into this review I’d just like to clarify that I can’t truly single out songs like I usually do, as this is conceptual and in some ways it can be seen as a one huge song.
As Twilight City, it opens up with a fantastic intro which slowly builds up with slow eerie keys arpeggiating up and down, but explodes when it enters the second song, soaring. Throughout this song, (and the album) the percussion are done absolutely fantastically, and you can tell that AYAOTD knows what he’s doing when it comes to the drums. It reminds me back to Rekcahdam’s drummage in his latest album as his skill went above and beyond.
AYAOTD’s style in his keys should also be noted as being very strong. For a conceptual album it can be very hard to keep the listeners entertained, without having a proper structure. I certainly can’t say that for Twilight city, as every song is varied changing in its composure, but keeping the overall structure which comes with the album.  His style is also a nice blend of Nintendocore drums, dream like leads and chilled out vibes, a welcome edition in the chiptune genre.
That is not to say there aren’t any bad things. On contrary, one huge problem that I noticed immediately was how tinny it sounded whilst playing it on my macbook pro. That said, my pro doesn’t have the best sound system in the world, but you can tell that these things weren’t taken into consideration. To hear it the best you need good speakers or headphones. The drums sound is also not right, feeling way to bright and also taking the energy away from the keys, This however can be easily changed through use of the EQs on the stems.

Aside from that however Twilight City is one great conceptual album and it’ll be interesting to hear more from AYAOTD in future.