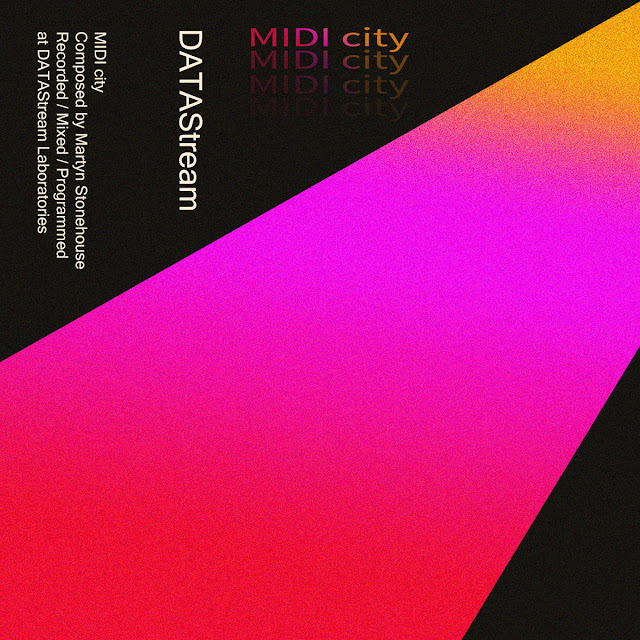 This week we’re staying away from the retro consoles, and instead picking up all things midi. ‘Midi City’ by ‘Data Stream’ is a album which utilises a variety of old school hardware; from a ‘Yamaha DX7s Keyboard’ & ‘Boss DR550 drum machine’, to a ‘Korg MS2000 Synthesiser’ and ‘Yamaha MU5 Tone Generator’. These are just a few of the machines that ‘Data Stream’ uses throughout Midi City’s Album.

we’ll begin with the opening track, ‘Concierge’. It starts off superbly, with vocalised keys introducing us into some stellar pumping bass, whilst the rhythm of the drums roll along, the kicks almost mimicking the bass line. As for the keys, ‘Data Stream’ layers them almost graceful-like, the upbeat nature already supplying the funkiness of the song. ‘Concierge’ is a fantastic track to begin with on ‘Midi City’, as really tries to put you back in the nostalgic waters of city life. It almost feels as if you could be listening to this track whilst driving down the claustrophobic roads of 80s Manhattan.

As ‘Concierge’ draws to close, we’ll now segway into the 2nd track and my next pick; ‘Night Walk’. This song is just as funky as ‘Concierge’, however instead focusing on mood, ‘Night Walk’ amps of the energy of the bass, giving an almost slap-like feel to it. Along with the bass, we also have a xylophone playing in the back further adding to the rhythm. I love the how both these sounds interact with each other, their staccato feel playing off another. This allow the the drums to hang back, focussing more on the clavs & cowbells, which fit more with rhythmic nature of the bass & xylo. Over the top for the lead we have more midi sounds, with some suited to the style & feel of a guitar. ‘Data stream’ use’s this particular midi sound rather smoothly, using legato to slide through the notes. ‘Night Walk’, definitely suits it’s name and is a stand-out track on ‘Midi City’.

‘Midi City’ is a smooth & funky album to listen to. It was a nice change to the raw 8 bit sound I usually get. The relaxing & chill sound was incredibly nostalgic to hear and felt like I’d been transported back in time. It also reminded me of City Guys’ self titled album, as that too focussed on the whole ‘city life theme’ as well as the 16 bit soundchip (albeit more sim city-like). Finally, it pretty cool to find out that ‘Data Stream’ is a fellow mancunian, adding yet another skilful chipmusician to the pile.