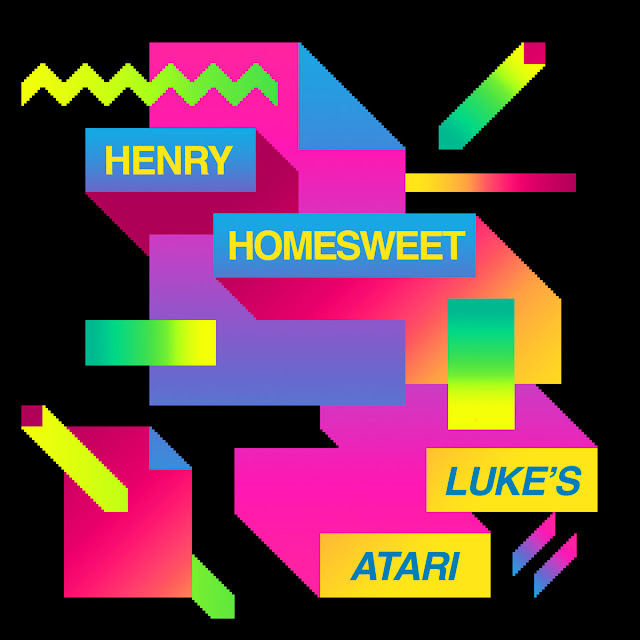 It’s the 100th post on ‘Chip Bit Sid’, so I thought I’d go deep into the collection chip and do a review on ‘Henry Homesweet’s’ album, ‘Luke’s Atari’. Most of the chip scene already know Henry, but for those who don’t, ‘Henry Homesweet’ is prolific artist who specialises in making music around mainly a Gameboy Advance using ‘Nanoloop’, whilst syncing drum machines to create some eclectic music.

‘Luke’s Atari’ is Henry’s latest release, before he started to go into other mediums, such as starting up the music duo ‘Cymba’. It’s sound is based upon the Atari soundchip whilst using the 808 drum machine, going over four tracks.

Luke’s Atari opens up with the fantastically pumped song, ‘Track to the sound’. It features some of the greatest square waves I’ve ever heard, as well as it’s signature voiced sample, ‘Dance to the sound of the underground’. The sounds of the 808 drum machine also help to push this song, through the use of it’s bright sounding claves & clicks, mixing in with the sounds of beatiful chip.

Although ‘Track to the sound’ is a very cool song, it can’t hold a candle to the title tune of ‘Luke’s Atari’, which I put up there with some of the best chiptune songs I’ve ever heard. The longest song off the ep at ‘6.47’, it has such a stoked intro, beginning with the use of squarewaves walking up & down. This then crescendoes into a rhythmic hook, balanced together with the use of the 808 drum machine, as well as the solemn use of bassy keys which help to fill in the atmosphere. Although being quite a techno housey track, Luke’s Atari also features a pumping wet solo at ‘4.05’, something you don’t normally see.

Luke’s Atari is one of the ultimate albums up there, that every chiptune enthusiast or techno lover should have. Every single track is superbly written and features some of the best creative working in chiptune.

So here’s to 100 more reviews of Chip Bit Sid! Thanks to all you who have support me and the blog to get this far. It’s because of all you who read my articles, support me. It has helped so much, even going so far as getting an absolutely awesome chiptune event, ‘Chip Bit Day’ set up.