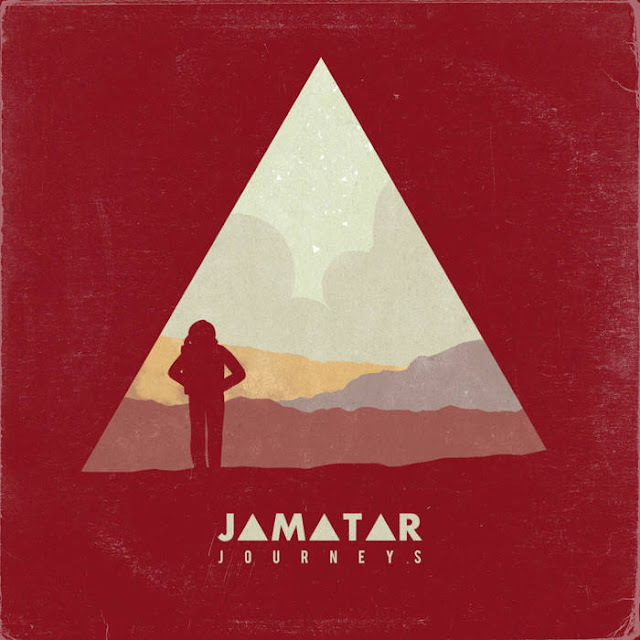 Just over a few months ago I reviewed Jamatar’s first release (via Hyperwave), ‘Space Sounds’, and it was a fantastic, fresh style blending chiptune with ambience & electronica beautifully. Well, Jamatar is back again and now with a new release called, ‘Journeys’.

Journeys first opens up with the its signature song, ‘Interstellar’, a nice mixture of drum and bass whilst rolling out chilled gameboy leads. Even though it’s been a few months since Jamatar released ‘Space Sounds’, I feel he’s already progressed in his skill with chiptune & music, and it definitely shows in ‘Interstellar’. The whole track plays beautifully as one, with different instruments & layers taking centre stage, from the tight drums, to the digitally delayed guitar leads. It also feels as if Shirobon has rubbed off on Jamatar, especially in the drumming department, reminding me of certain progressive songs such as, ‘Out Of Love’.

Although ‘Interstellar’ is the signature track off Journeys (released a month earlier), there’s one track which really stood out for me off the whole album; the 2nd song, ‘Lepus Rising’. I just love the keys throughout this track, twinkling & shining whilst the snares of the drums subtly compliment the melodies, setting the scene as if it was a dream. Just from the beginning of ‘Lepus Rising’, it really sets the mood for the entire song, a rare quality only seen in some songs such as, Jan Hammer’s ‘Crokett’s Theme’.

Jamatar has been doing fantastically this year, already releasing two incredibly amazing albums. I didn’t think he’d be able to produce something better than Space Sounds within a small space of Time…Well, he’s proved me wrong haha! 😀